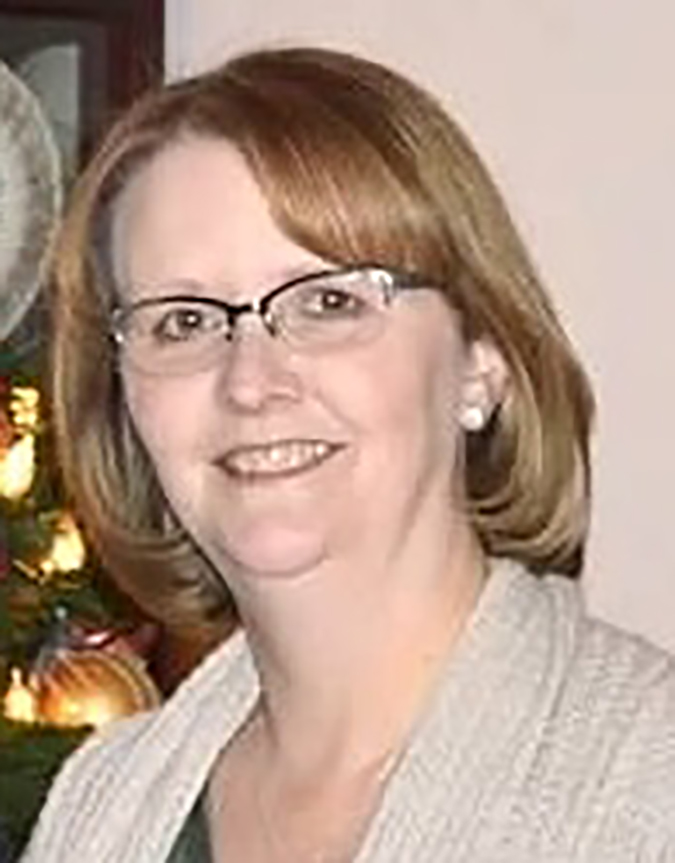 Andrea Lynn Egloff, 52, of Bretzville, passed away Tuesday, October 27, 2020, at home surrounded by her family.

Andrea was born February 21, 1968 in Brunswick, Georgia to David and Peggy (Oser) Schwartz. She was united in marriage to Jerry Egloff Jr. on March 10, 1990 in Saint Ferdinand Church in Ferdinand.

Andrea graduated from Forest Park High School, and received her Bachelor’s Degree from Indiana State University. She worked at Marian Heights Academy, and then for the Sisters of Saint Benedict, as Director of Annual Giving and Organizational Database. She was a beloved member of the Monastery Immaculate Conception community.

Andrea enjoyed listening to country music, crocheting and attending her children’s school activities. She cherished being with family and friends.

A Memorial service will be held Monday, November 2, at 10 a.m. at Becher Funeral Home in Ferdinand. Visitation will be from 4 to 8 p.m. on Sunday and from 7 a.m. until service time Monday at the funeral home. Condolences may be shared at www.becherfuneralhome.com.