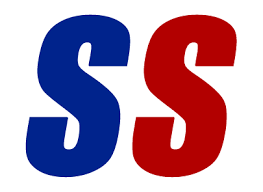 During their meeting on Monday, March 9, the public and members of the South Spencer School Board learned Board member Cevin Collins resigned effective that night. The reasons why were pondered but the immediate need is to fill Collins’ seat.

Board Attorney Bryan Rudisill was present to provide direction.
“Certain things are set in stone,” he explained. The board member must be a resident of Ohio Township having lived there for at least one year. The board has to fill the psition within 30 days (by April 8) or Circuit Court Judge Jon Dartt will be required to make the appointment. At least three of the four remaining board members must be in agreement as to the selection.

Interested individuals have until next Monday, March 16 to make their interest known by notifying Board President George Schwoeppe via email to george.schwoeppe@sspencer.k12.in.us.

The board will reconvene on Monday at 4:30 p.m. for a public meeting at which they will compile a questionnaire to then submit to potential board members. The candidates will be given until March 23rd to respond and a decision will be reached at a second special meeting to be held Monday, March 30 at 6 p.m. Both special meetings will be held in the multi-purpose room at South Spencer High School.