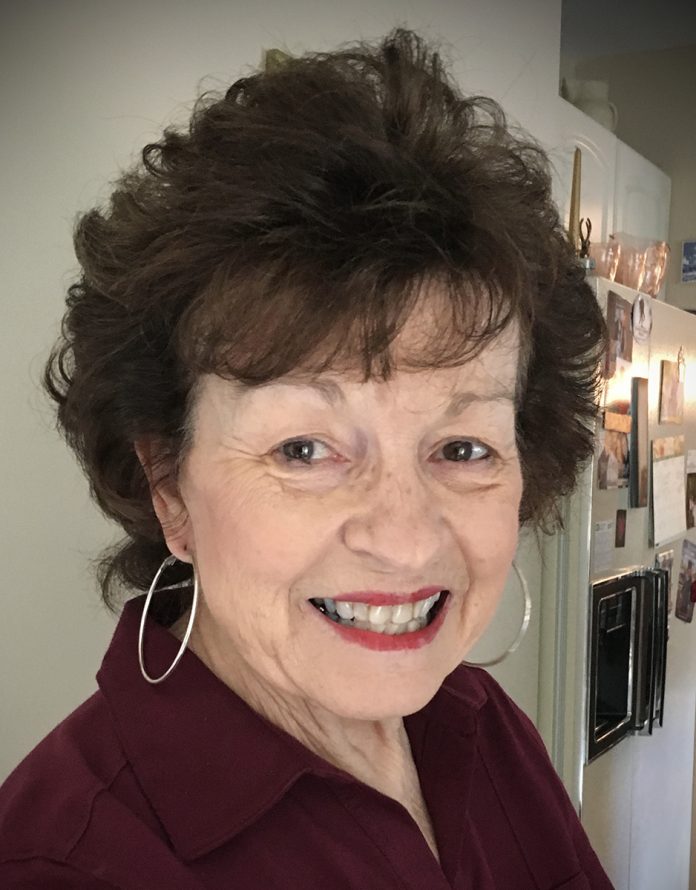 Jeanne was born on December 30, 1946, to J. Lewis and Bettye Butler. In addition to her parents, she was preceded in death by her sister, Dianne B. Grimes.

Jeanne is survived by her husband, Al Logsdon, of Santa Claus; her son, Eric May (Julie) of Louisville, KY; her daughter, Jill Rogier (Steve) of Palm Harbor, FL; her stepson, Mark Logsdon (Jill) of Evansville; her stepdaughter, Pam Swanson (Jerome) of Smyrna, TN; and six grandchildren.

Jeanne earned a Master’s Degree in English from Western Kentucky University and taught English at South Spencer High School until she retired in 2002. She was a beloved teacher and led several Spell Bowl teams to the state competition and escorted many student groups on international trips.

In retirement, she and Al enjoyed traveling and took six international trips. She was an avid reader and kept Danielle Steele and Mary Higgins Clark in business. She was a member of the Chrisney Card Club and enjoyed playing euchre with a passion. She had many friends and never met a stranger. Her greatest passion of all was spending time with her family, especially her kids and grandkids.

Services are 3 p.m. Sunday, May 16, at Boultinghouse Funeral Home in Rockport, with Pastor Jill Kaetzel officiating. Burial will follow at Grandview Cemetery.

Visitation is 12 p.m. until the time of service Sunday at the funeral home.