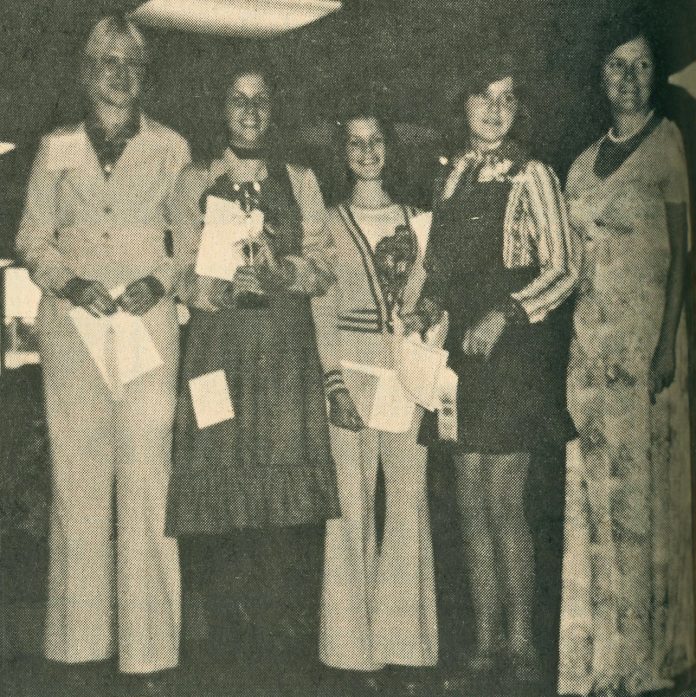 Miss Karen Snyder, 15-year old daughter of Mr. and Mrs. Charles Snyder of Dale, won a trophy for first place, plus a $25 gift certificate, in a “Dress to Impress” competition held recently at Washington Square Mall in Evansville. She was one of three finalists. Karen is a sophomore at Heritage Hills High School and one of the Patriot cheerleaders.

Mrs. Hyde, formerly of Dale, was the modeling instructor and commentator for the show. Miss Dubois County, Debbie Wahl of Huntingburg, was a special guest at the fashion show.