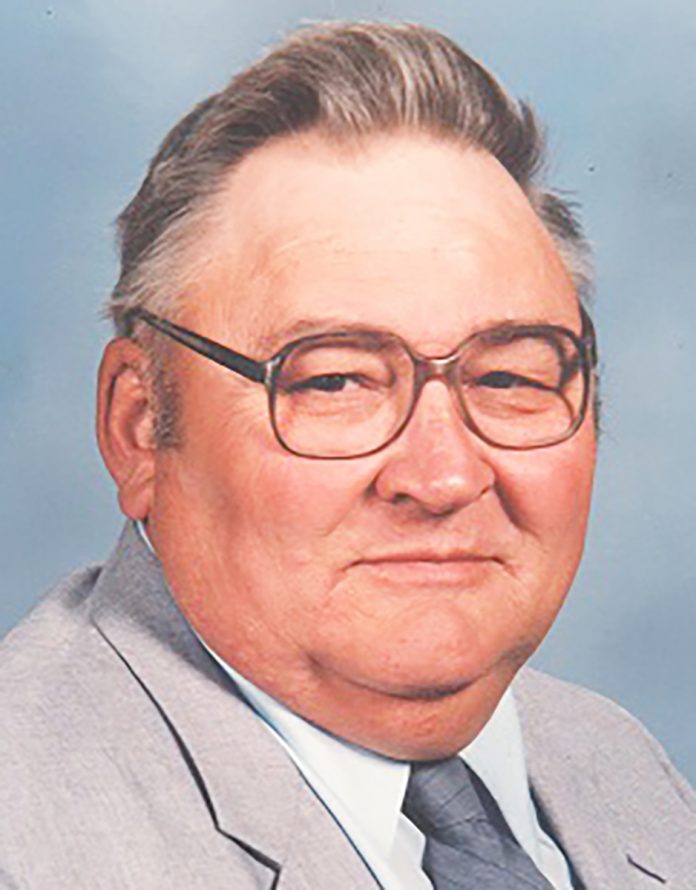 He was born in Celestine on April 25, 1927, to Albert and Cecelia (Herzog) Schnell. He married Shirley Beckman on May 29, 1957, in St. Martin Catholic Church in Siberia.

He served during the Korean War. After the military, he worked for Breidenbaugh Concrete. He later became a self-employed, lifelong farmer and worked on the Schnell and Son Sawmill with his father, Albert. He also played guitar in various country bands around the Dubois County area. He was a member of St. Isidore Parish – St. Celestine Catholic Church in Celestine, and American Legion Post No. 147.

He enjoyed family, farming and country music. He loved hunting with his coon dogs and spending time with his family and grandchildren.

Preceding him in death were one sister, Mary Alice Prechtel, and one son-in-law, Jake V. Kimmel.

A Mass of Christian burial for Dennis J. Schnell will be held at 11 a.m. EDT on Friday, August 21, in St. Celestine Catholic Church in Celestine, with burial to follow in the church cemetery. VFW Post No. 673 will perform graveside rites.

A visitation will be held from 3-8 p.m. EDT on Thursday, August 20, at the Becher-Kluesner Downtown Chapel in Jasper.

Memorial contributions may be made to St. Isidore Parish- St. Celestine Catholic Church. Online condolences may be made at www.becherkluesner.com.