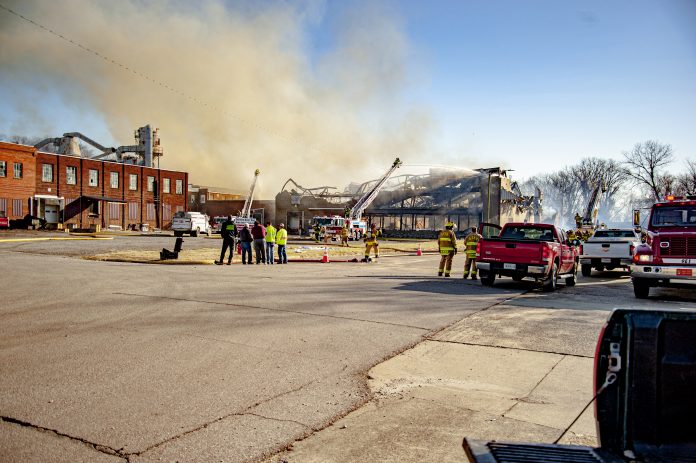 The former Swiss Plywood Factory was on fire.

While en route, Linne noticed the volume of smoke and immediately asked for backup from Anderson Township and Cannelton Departments.

When he got a bit closer he called for Carter Township VFD (Dale) to bring a ladder truck. After arriving on scene and seeing the massive building ablaze, Linne asked for assistance from Huntingburg and Ferdinand VFDs.

Firefighters from 10 departments were on scene for 13 hours, although Linne released the out-of-Perry County departments earlier.
The fire marshal toured the structure on Thursday, December 12, and determined the cause was accidental.

Workers were removing some of the furniture-making equipment no longer in use, and sparks caught in sawdust, igniting the conflagration.