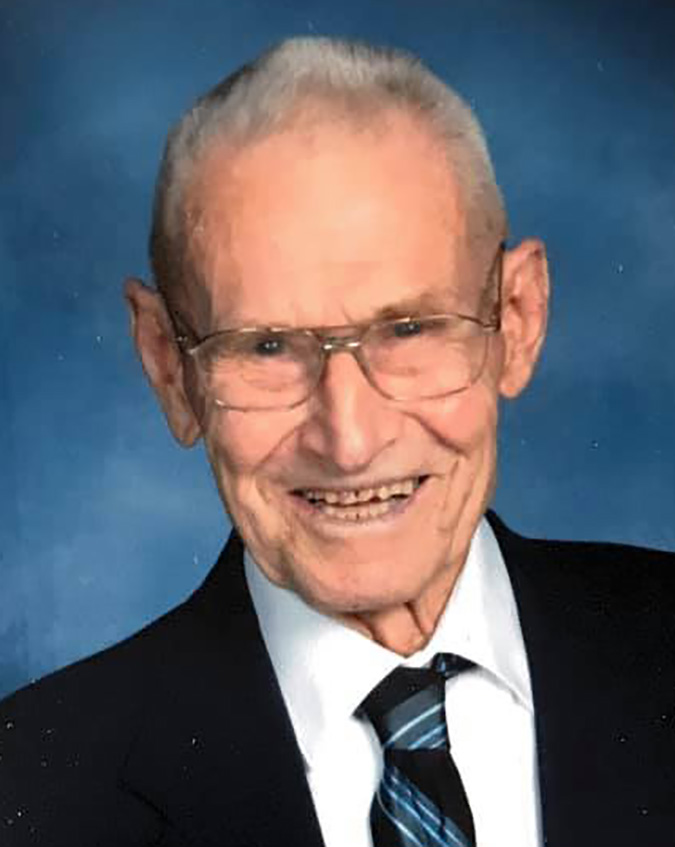 He served in the U.S. Army from 1945-1946 and was proud to be chosen to travel to Washington D.C. on an Honor Flight. He was a farmer and devoted member of St. Joseph Catholic Church. A lifetime member of St. Vincent DePaul Society, he taught religion classes for many years. He belonged to the Holy Name Society and served on the Parish Council. He and his wife, Edna, were the recipients of the Simon Brute Award. He served on the Farm Bureau Board and traveled to many Farm Bureau National conventions.

Lee and Edna had 13 children. He is survived by six sons and one daughter: Larry (Martha) of Brazil, Bill (Angie) of Gentryville, Lucy Meunier (Alan) of Dale, Steve (Carolyn) of Tennyson, Phillip (Rosanna) of Lincoln City, Paul (Amy) of Dale and Jim (Connie) of Dale.

After almost 62 years of marriage, Edna died in 2010. Also preceding him in death were daughters, Kathy (2010), and Beth (1982); and infants Tom, Ruth, Vincent and Daniel. He was also preceded in death by his parents; his brothers, Joe, Otto, Hilbert, Louis and Edwin; and sisters, Rita Wallis and Sr. Martha Marie Tempel.

Lee was a gentle caregiver to his wife Edna in her last years. He leaves behind a large, loving family including 33 grandchildren and 57 great-grandchildren and numerous nieces and nephews.

Services will be held on Wednesday, July 15 at 10 a.m. CT at St. Joseph Catholic Church in Dale, with burial to follow in the church cemetery. Visitation will be held in the church on July 14 from 3 to 8 p.m. and on July 15 from 9 a.m. until service time. A rosary service will be at 3 p.m. Tuesday.

In lieu of flowers, donations may be made to the St. Vincent de Paul Society, St. Francis Assisi Parish, or Heart to Heart Hospice.