Official Misconduct and Trafficking Arrest Made at Branchville Correctional Facility 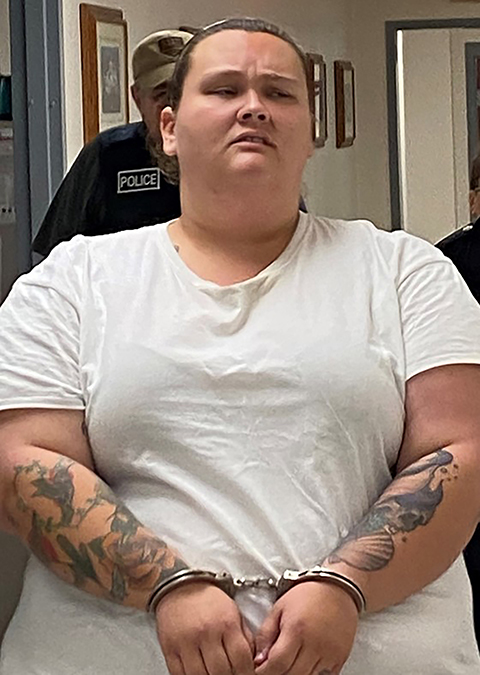 Branchville Correctional Facility (BCF) Office of Investigations and Intelligence (OII), and the Warden’s offices announce the arrest of a custody officer alleged of Official Misconduct, and Trafficking with an inmate.

The Office of Investigations and Intelligence (OII) began investigating a case of possible staff misconduct and trafficking at Branchville Correctional Facility (BCF) in August 2019.  On the morning of Dec. 2, 2019, Correctional Police officers at BCF, concluded their investigation that resulted in the arrest of Custody Officer Marrisa Swimm, 24, for Offical Misconduct (a Level 6 Felony) and Trafficking With an Inmate (a Class A Misdemeanor).

Swimm was later transported to Perry County Jail, for processing. Information from the investigation is being provided to the Perry County Prosecutor’s Office and may, at the discretion of the Prosecutor, result in additional charges.

“It is our job to ensure staff remain professional at all times.  We will not tolerate staff misconduct or any attempts to bring contraband into the facility,” said Warden Kathy Alvey.  In response to being notified of the arrest, Warden Alvey commented, “Branchville’s office of Investigation and Intelligence did outstanding work in bringing this officer to justice.  Branchville will continue to keep our staff, offenders and community safe.”

Swimm began her employment with Indiana Department of Correction as a custody officer on October 29, 2018.  She will be placed on suspension with outpay pending the outcome of the investigation

Official Misconduct in a correctional facility environment is defined as misbehavior and unlawful acts committed by a public official while performing his or her duties.

The investigation was started and completed internally by the Indiana Department of Correction and resulted in the arrest of Swimm.

Persons arrested are considered innocent until proven guilty in a court of law.