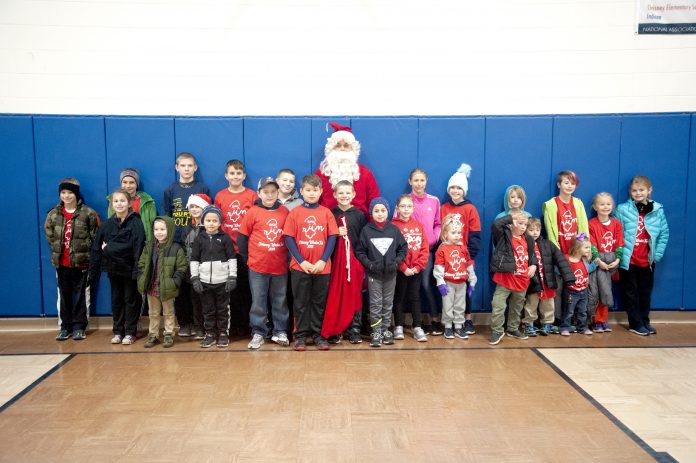 Saturday both Chrisney and Rockport had their Christmas Festivals.

Chrisney began their festivities with a fun run, where Santa is chased by the children from Chrisney elementary all the way to the park where they are greeted with hot chocolate, candy and cookies galore.

Once everyone had a chance to have cookies and hot chocolate, and a chance to get a ballon from the lady who makes shapes out of balloons, Santa then arrives with the Chrisney Volunteer Fire Department and visits with the children.

After their snack the children broke out into different age groups and set out on a hut for candy canes that were spread to all over the park. Then after the candy cane hunt the children went back inside to sit on Santas lap and tell him what they wanted for Christmas.

Rockport also had a full day planned. They started off the day with a craft fair and breakfast with Santa.

Following breakfast was a “Treemendous” Christmas celebration at the Lincoln Pioneer village, and then a grinch-mas party at the Spencer County Library.

Rockport then hosted their annual Christmas parade, then later that evening ” A Very merry Christmas” at the courthouse took place.

Christmas festivites are not something Spencer County lacks. Next weekend Santa Claus will be having their annual Das Nikolaus Fest. Stay tuned this week for upcoming information and event times for the Das Nikolaus Festival.