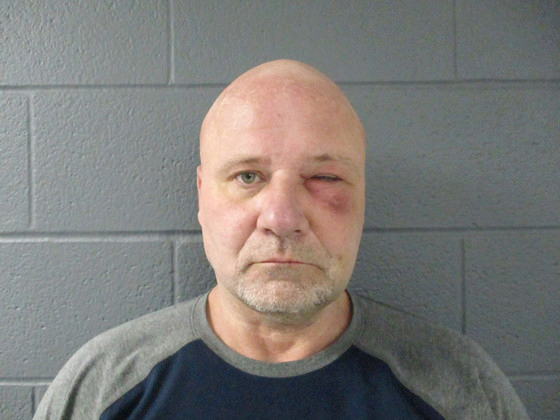 On January 28 at 6:40 a.m., Spencer County Dispatch received a 911 call from a resident in the 4100 block of North Walnut Street in Richland City. The caller reported a vehicle driving through yards and hitting a residence. A second 911 call reported the male driving the vehicle forcibly broke into a residence. It was also relayed to 911 the homeowner had multiple firearms in the residence. Spencer County Deputies and Indiana State Police were dispatched to the scene.

Spencer County Deputy, Ryan Parsley, arrived a short time later and saw the male subject actively breaking a window out of the residence with a shotgun. Deputy Parsley was able to contact the male suspect and had him put the weapon down. Once the male was outside, he was taken into custody. Detectives with the Indiana State Police, Jasper, was asked to conduct the investigation.