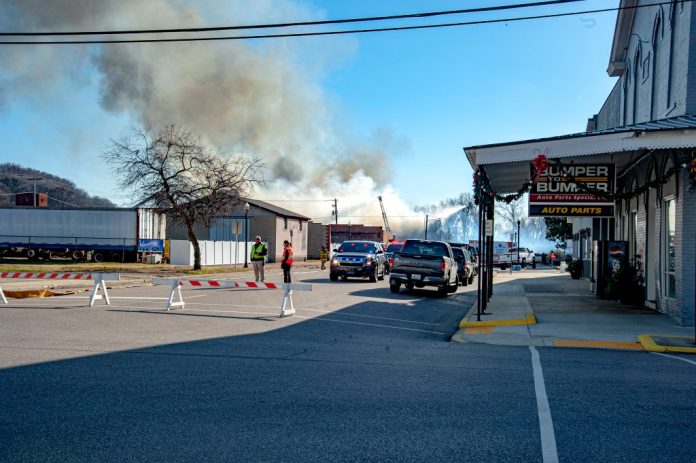 All photos taken by Hope Davis

On Wednesday December 11, 2019, the Old Swiss Plywood building caught fire. There are no officially released statements at the moment telling as to how the fire started or if there was anyone inside the building when it caught fire. Various departments were called in to assist Tell City, including Cannelton, Huntingburg, Ferdinand, Carter Township and Jasper among others, and began fighting the fire around 10 a.m. They still had a lot of work ahead well after 1 p.m. Above is a gallery of photos of the fire and the responding fire fighters catching the action of the event unfolding.