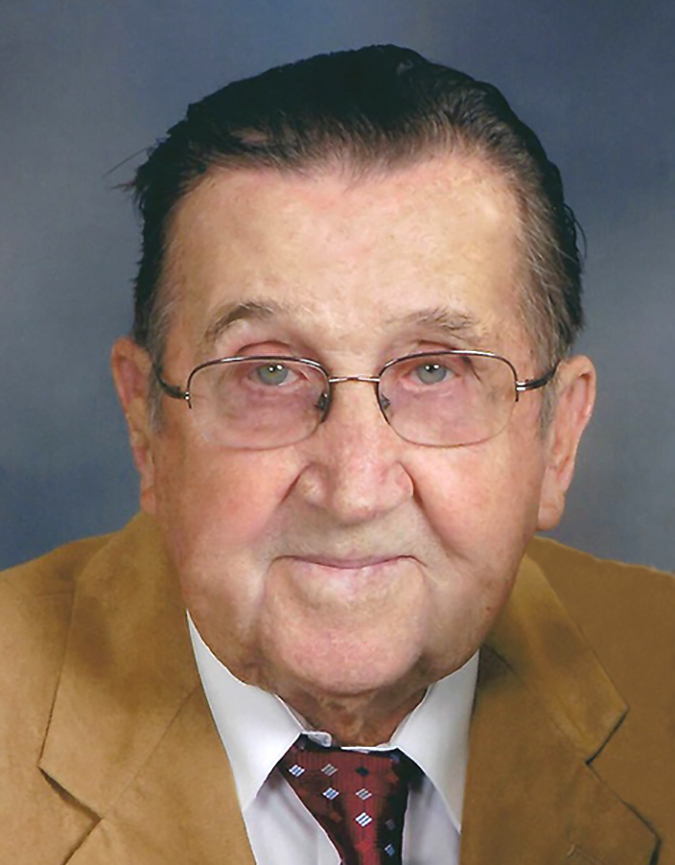 Carl D. Kaetzel, 99, of Dale, passed away on Thursday, September 10, 2020, at Scenic Hills at the Monastery in Ferdinand.

Carl was born April 15, 1921, in Dale, to Christian and Charlotte (Kokomoor) Kaetzel. He married Roberta Grace Claycamp on September 5, 1948 in Santa Claus United Methodist Church. She preceded him in death on September 10, 2018.

Carl was a graduate of Dale High School class of 1940. A lifelong farmer, he was a WWII Veteran and belonged to Santa Claus American Legion Post 242. He was also a member of Santa Claus United Methodist Church.

Besides his wife, Carl was preceded in death by three brothers, Fredrick, Glenn and Jesse Kaetzel; three sisters, Ruth Hicks, Lois Kelly and Inez in infancy.

Funeral services for Carl Kaetzel will be held Monday, September 14 at 2 p.m. CT in Santa Claus United Methodist Church. Burial will follow in the church cemetery. Visitation will be Monday at the church from 1 p.m. CT until time of services.

The family requests that all Covid-19 safety precautions be practiced at the church. Online condolences may be shared at www.becherfuneralhome.com.