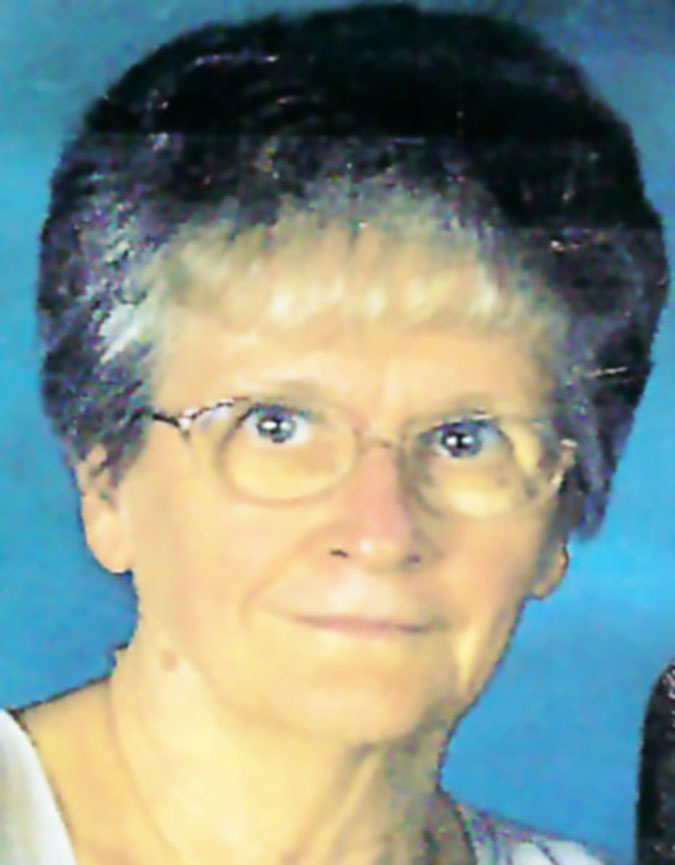 Carol was born June 21, 1942, in Huntingburg to Clarence and Dolores (Schepers) Klem. She was united in marriage to Walter Oser on September 2, 1961 at St. Mary Church in Ireland. Walter preceded her in death on October 8, 2012.

Carol retired from Masterbrand Cabinets. She was a member of St. Meinrad Catholic Church and St. Meinrad Legion Auxiliary Post 366. She enjoyed being with her grandchildren and doing jigsaw puzzles.

Carol was preceded in death by a daughter, Diane Oser, a son Scott Oser, a brother, Ron Klem, a grandson David Mattingly, and a great-granddaughter, Adrianna Blair.

A mass of Christian burial will be held at 1 p.m. (Dubois County Time) Tuesday, June 23, in Saint Meinrad Catholic Church with burial to follow in the church cemetery. Friends may call at Becher Funeral Home in Ferdinand from 10 a.m. until 12:30 p.m. on Tuesday June 23. Online condolences may be shared at www.becherfuneralhome.com.

A mass of Christian burial was held Tuesday, June 23, in Saint Meinrad Catholic Church with burial following in the church cemetery. Becher Funeral Home in Ferdinand was in charge of arrangements. Online condolences may be shared at www.becherfuneralhome.com.