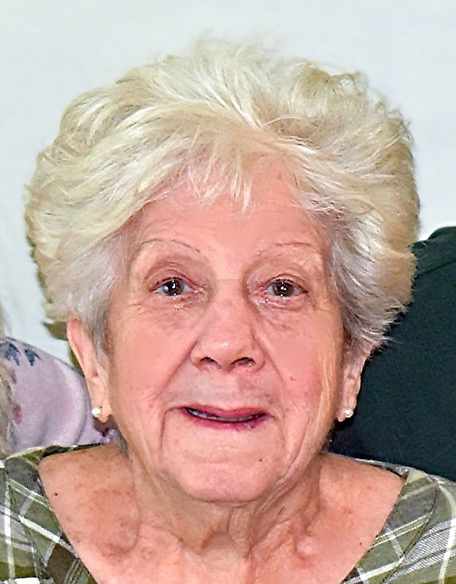 Charlotte was born to William and Carrie (Wink) Dillman in Evansville on April 17, 1934. She married Ralph Hobbs, Jr. on January 9, 1960 in St. Anthony Catholic Church in Evansville.

She was a homemaker, a member of St. Martin of Tours Catholic Church, volunteered as a Eucharistic minister and at the local food pantry. She enjoyed visits with her friends, grandchildren, church family and going out to lunch with dad.

She is survived by her husband of 62 years, Ralph Hobbs, Jr.; three daughters, Diane Rottet of Huntingburg, Deborah Davidson (Ken) of Dawsonville, Georgia and Jeanna Hobbs of Lamar; one sister, Jeanette Collignon of Indianapolis; and six grandchildren, John Rottet of Huntingburg, James Rottet of Evansville, Zachary Davidson of Louisville, Kentucky, Devan Davidson of Nashville, Tennessee, Kelsey Nordhoff of Hardinsburg, Kentucky and Kara Nordhoff of Evansville. She is also survived by many nieces and nephews.

Charlotte was preceded in death by her son, David Hobbs; her grandson, Jeremiah Davidson; her parents; brothers, Kenneth Dillman of Newburgh and William “Billy” Dillman of Evansville; and by a sister, Alice Baumgart of McCutchanville.

The family would like to give a special thanks to Mary Hill, a friend of the family, who cared for Susie so lovingly in her last months of life. A Mass of Christian burial for Charlotte “Susie” Hobbs will be held Thursday, January 20, at St. Martin of Tours Catholic Church in Siberia.