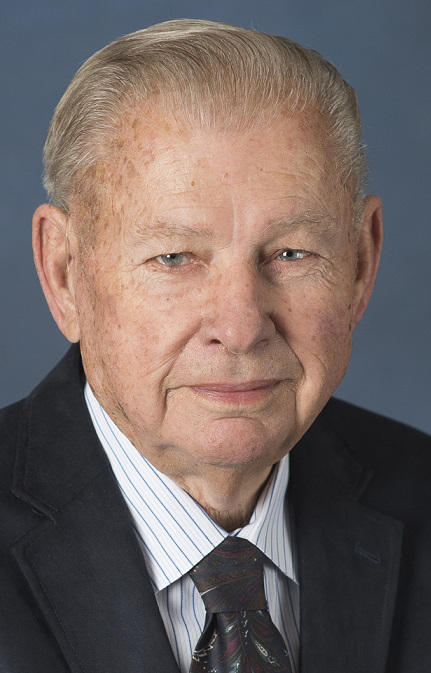 Clem was born in St. Henry, on August 22, 1935, at the home of his parents, Clement F. and Clara (Brinkman) Lange. He was raised on the family farm and graduated in 1954 from Holland High School.

He served in the U.S. Army from 1958 to 1960, during which time he was stationed in Germany and worked as a mechanic in a motor pool. He graduated from the U.S. Army Ordinance School – Europe in Murnau, Germany. He completed the Organizational Maintenance Wheel and Track Vehicles Course, May 15, 1959, receiving Congratulation letters from several officers for outstanding achievement. His mechanical abilities so impressed his commanding officer that Clem was offered a promotion to Master Sergeant of the motor pool if he would agree to re-enlist.

Clem quickly rejected that offer so he could return home to his sweetheart, Mary Catherine Fuhs. On October 6, 1960, Clem and Mary C. were married in Precious Blood Church in Jasper. Clem worked as an upholsterer for the Kuper Corporation in Jasper, and Mary C. worked at JOFCO until the birth of their first child in July, 1961.

In 1962, Clem co-founded Best Chairs, Inc., d/b/a Best Home Furnishings. The business grew rapidly, and the company moved to its present location in the Ferdinand Industrial Complex in 1972. In 1985, the company became the number one manufacturer of swivel rockers in the world. Clem continued to expand business operations, and he bought out his business partner in 1988. Over the years, Clem transferred operational responsibility and majority ownership of the company to his four children. Thanks to Clem’s leadership, the Lange family businesses now employ nearly 1,000 people in five locations, and Best Home Furnishings ranks among the nation’s top 15 furniture manufacturers.

When not spending time with his family or working to expand and improve the Lange family businesses, Clem enjoyed working on and driving his collection of antique cars – many of which date back to the early 1900s. Clem appreciated the craftsmanship of the older cars, and he carefully restored them all to ensure they remained in authentic, original condition. Clem was active in several antique car clubs, and he won many awards at car shows and events, including Concours d’Elegance events all across the country. Clem was a passionate vintage “rally racer”, and he raced his 1920 Essex “Bullet Hole Special” across the US seven times in the Great Race, a transcontinental rally for pre-1960 era cars.

In addition to his leadership roles with Best Chairs, Inc., Clem served on the Board of Directors for Dubois County Bank/Old National Bank from 1999 to 2005. He was a member of the Vintage Car Rally Association, Hudson Club, Ferdinand American Legion, and St. Henry Catholic Church.

In 2010, Clem received the “Good Scout Award” from the Boy Scouts of America – Lincoln Heritage District – at their Distinguished Citizen Banquet in recognition of his achievements and lifetime contributions to the community. Clem was also inducted to the Dubois County Business Hall of Fame in 2016, as a living Laureate.  The Business Hall of Fame was created by the Dubois County chapter of Junior Achievement of Southwestern Indiana to recognize Laureates for their business excellence, vision, innovations, inspiring leadership, courageous thinking and actions, and local community service. He was also inducted into the American Furniture Hall of Fame on October 20, 2019 – a prestigious award which recognizes individuals who exemplify enduring excellence, superior accomplishments, innovation and creativity, and philanthropic generosity of their time, talents and resources. He also was Grand Marshal for Ferdinand and Holland special parades.

Clem and his wife Mary believed strongly in giving back to the community where they lived, worked and raised their family. Examples of their charitable endeavors include the lead donation for Memorial Hospital’s Lange-Fuhs Cancer Center, as well as donations for the Tri-County YMCA, and the Ferdinand Community Center. Other groups and organizations they have supported include the Forest Park Football program, Dubois County Community Foundation, St. Henry, Holland and Ferdinand Fire Departments, St. Henry Catholic Church cemetery, Holland Park, Huntingburg Gym, Ferdinand 5th Street Park, and the Ferdinand Folk Festival. With Clem’s leadership and example, the Lange family continues to support various municipalities, groups and organizations behind the scenes, and they have contributed in many ways to schools and other local foundations.

He was preceded in death by two sisters, Irene Lange (in infancy) and Edna Temple (Leander), and two brothers, Arnold Lange (Martha) and Ray Lange (Dorothy).

In lieu of flowers, the family requests any memorial gifts or contributions be sent to the Memorial Hospital Lange-Fuhs Cancer Center, or the Dubois County Community Foundation designated for the Clem and Mary Lange, Best Chairs Endowment for the benefit of Ferdinand, Holland and St. Henry.