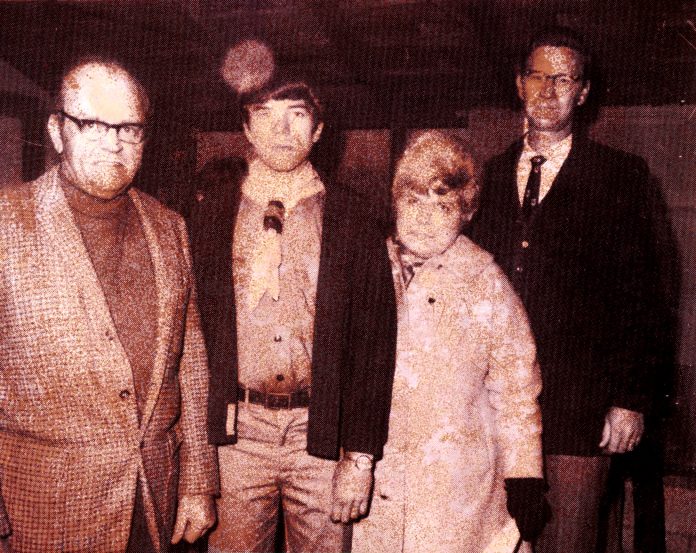 Court of Honor Ceremonies were held at Dale Lake Saturday evening, at which times scouts of Dale Troop 200 were advanced rank. Jim Crowder, of the Scout Advancement Committee of Lincoln Trails District, made the Presentations.

John Brown son of Mr. and Mrs. Robert C. Brown of Dale was awarded the rank of Life Scout, the second-highest rank in scouting. He required just nine more merit badges to attain the rank of Eagle Scout. John had earned the rank of Star Scout this past summer, but was not awarded the badge until Saturday night’s court of honor, along with six of his merit badges. Presentation of the Merit Badges was made by Assistant Scoutmaster John Braun.

Joe Vance, Doug Herr and David Jochim were advanced to Star Scout. Vance also received merit badges in Life Saving, Swimming, Canoeing and Rowing. Jochim was not present at the ceremonies, but was aw3arded merit badges for Cooking, Personal Fitness and Pioneering.

A skit “Casey’s Coffin Show”, was presented by the scouts, and enjoyed by all who were seated around the campfire.

The event was held in the shelter house at Dale Lake, and windows were covered with cardboard and plastic to hold in some of the campfire heat. A large exhaust fan was used to clear the air of wood smoke.

Donuts and coffee was served by assistant scoutmaster, Bob Windell.