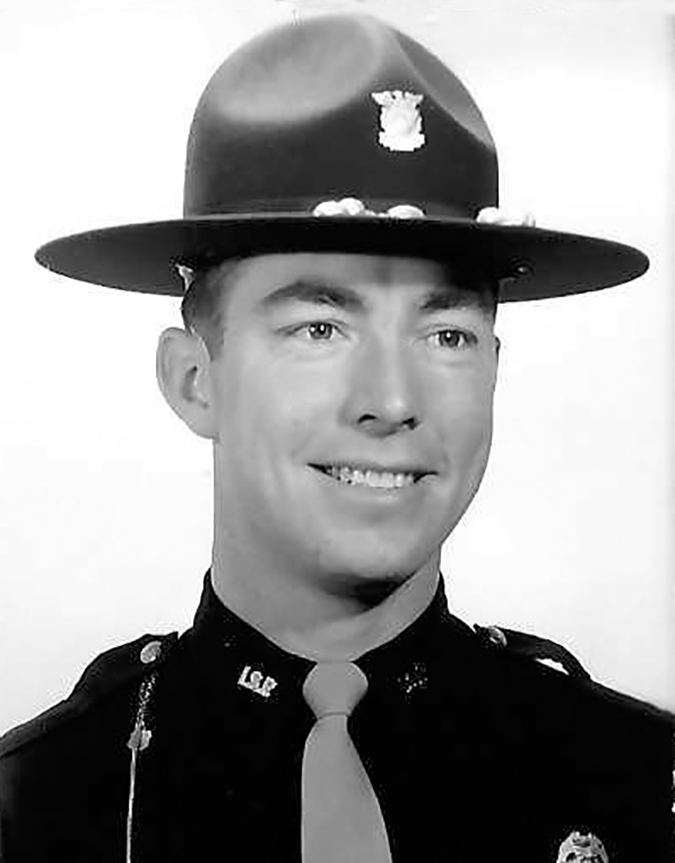 He was born April 19, 1936, to the late Thomas and Beatrice (Owens) Lehr at their farm near Rock Hill which was located just north of Rockport. He and his siblings were educated at St. Bernard’s Catholic School and Don graduated with the Rockport High School Class of 1954. It was also during these years that he worked for Gus Hargis as the usher in the Rio Theatre on Main Street in Rockport.

In 1956 he enlisted in the U.S. Army and was honorably discharged in 1958 after two years of service. Upon his return he applied to the Indiana State Police Academy and received his appointment in October 1958.

Don was assigned to the Jasper District, and later to the Evansville Post. He was promoted to 1st Sergeant in 1972 and the District Post Commander in 1976. Upon his retirement in July 1979, Don said that “his single biggest regret is not being able to associate with the people here on a daily basis.” The life-long bond created with his fellow troopers was one of his greatest treasures.

Following his retirement, Don pursued his love of construction, building several homes in the Lake Barclay area where he loved to fish and enjoy the outdoors. One of his family’s fondest memories is of the smile on his face when he received a new Remington rifle for his 16th birthday from his sister, Jeaneda, and her husband Wayne, with whom he lived while growing up. Never one to be idle, he also worked for Kight Lumber Company serving as a field consultant and later founded Firemaster, Inc. which remains a thriving business.

He was preceded in death by his brother, Thomas H. Lehr; sister, Ruth Niles; and brother-in-law, Wayne Middleton.

A “Celebration of Life – Remembering Don” will be held on Saturday, May 8, at the Community Building in Rockport City Park from 1–4 p.m. His family would like to extend an invitation to those who knew Don through his professional life, as well as personal friends and those of his family. There will also be an opportunity to share your special memory of Don in celebration of a life well-lived.