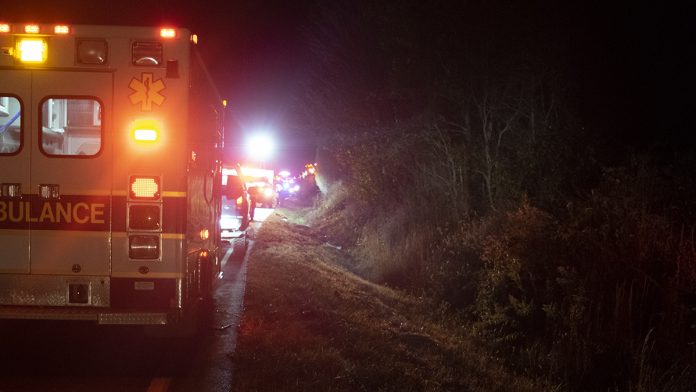 At 3:20 p.m. Tuesday, February 2, police were called to a two-vehicle crash on Vienna Drive, north of Forest Park High School. The vehicles involved were a 2009 Dodge Caliber and a 2011 Ford Escape. There were no injuries. Both drivers were juveniles and no further information was released.

At 3:10 p.m. Thursday, February 4, Isaac Durcholz, 16, of Birdseye was northbound on Vienna Drive. When he abruptly stopped for traffic, the 2010 Chevy Equinox he was driving was struck from behind by a 2010 Dodge Caliber, driven by Kristian Alegria, 18, of St. Anthony. Neither driver was injured and no citations were issued, but there was an estimated $1,000 damage to the Chevy and $2,000 damage to the Dodge.

On February 10, police received a report of a stolen catalytic converter from a Toyota 4Runner that was parked at the Comfort Inn. Witnesses say a tall, skinny man in a dark colored, loose fitting coat was seen walking from West Southview Drive at approximately 6:10 a.m. Anyone with information is asked to call police at (812) 367-1806.

On Friday, February 12, police were dispatched to a two vehicle crash at the intersection of SR 162 (North Main) and 18th streets. During the course of the investigation, it was determined Jarrett Scott, 26, of Tell City, was northbound in his 2000 Nissan Maxima behind Jason P. Martin, 47, of Ferdinand, who was driving a 2005 Dodge Ram van owned by Dubois County Garage Doors. Martin was slowing to make a right hand turn onto 18th Street. Scott told police he must have fallen asleep and didn’t realize the van was slowing when he made impact. Both drivers complained of pain and were evaluated by Memorial Hospital EMS but refused further treatment. The 2005 Dodge could be driven from the scene but the 2000 Nissan was transported to Sternberg’s in Jasper and is considered a total loss. Officers were assisted at the scene of the 10:31 a.m. accident by Memorial EMS, Ferdinand Fire Department and the Dubois County Sheriff’s Department. Damage was estimated up to $10,000. Scott was cited for Following Too Closely.

On January 24, police stopped a vehicle for expired plates and the occupants were detained as having been questioned in a previous incident involving stolen credit card information. Officers obtained a search warrant and discovered nine credit cards using stolen identifiers. Detectives subsequently determined the information had been obtained using a credit card skimmer on gas pumps. Victims were notified and the suspects taken into custody. Yasmany Alvarez Corvea, 32, and Jose Rodrieguez Martinez, 27, both of Jasper, are each charged with 12 counts of theft, 12 counts of fraud and 12 counts of fraud on a financial institution. Citizens are encouraged to regularly review their bank statements for possible fraudulent activity.

At 2:16 p.m. Tuesday, February 2, police responded to a report of a man asleep at the wheel at 13th and Newton streets. The 1996 Ford Explorer was in the roadway, blocking traffic. Dustin T. Kearby, 33, of Jasper was taken into custody on a preliminary charge of operating while intoxicated – endangerment, a class A misdemeanor.

At 9:30 p.m. Tuesday, February 9, police stopped a Mitsubishi Montero at 14th and Newton streets for driving left of center. The driver, Jason Tuley, 41, of Jasper was found to have an active warrant through Dubois County and was transported to the Dubois County Security Center. A vehicle inventory led to the discovery of marijuana inside the vehicle and a possession of marijuana charge was added to those listed on the warrant.

A pursuit than began near St. Meinrad at 11:06 p.m. Sunday, February 7, ended when the driver of the pursued vehicle drove over an embankment near the Anderson River in Crawford County. A deputy attempted to stop the vehicle for a traffic infraction, but the vehicle turned east on SR 62 and sped off at a high rate of speed, the deputy reported. The vehicle traveled through Perry and Dubois counties before losing control in Crawford County. The driver, Tyler A. Eckert, of Huntingburg, faces preliminary charges of  resisting law enforcement, driving while suspended with a prior conviction, criminal recklessness, reckless driving and numerous traffic infractions.