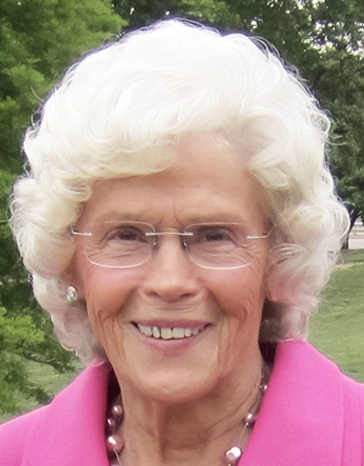 Pat attended Dale High School and was united in marriage on November 10, 1956, in Saint Meinrad Archabbey, to David J. Eger, who preceded her in death in 1998.

A homemaker, Pat was devoted to taking care of her family. She would answer outage calls during storms for Southern Indiana Rural Electric Cooperative (from which her husband retired as General Manager). She would make hot meals for the linemen who were working after hours during those outages. In her earlier years, she had worked at General Electric.

Pat enjoyed dancing of any kind, taking car rides, playing euchre and board games and visiting with family and friends.

A Mass of Christian burial will be held at 11 a.m. CDT on Thursday, May 12, at St. Paul Catholic Church. Rev. Tony Hollowell will officiate. Entombment will follow in Greenwood Cemetery. Visitation will be from 8:30 until 10:30 a.m. on Thursday at Huber Funeral Home, Tell City Chapel.

Memorial contributions may be made to St. Jude Children’s Research Hospital or the American Cancer Society. Condolences may be left at www.huberfuneralhome.net.