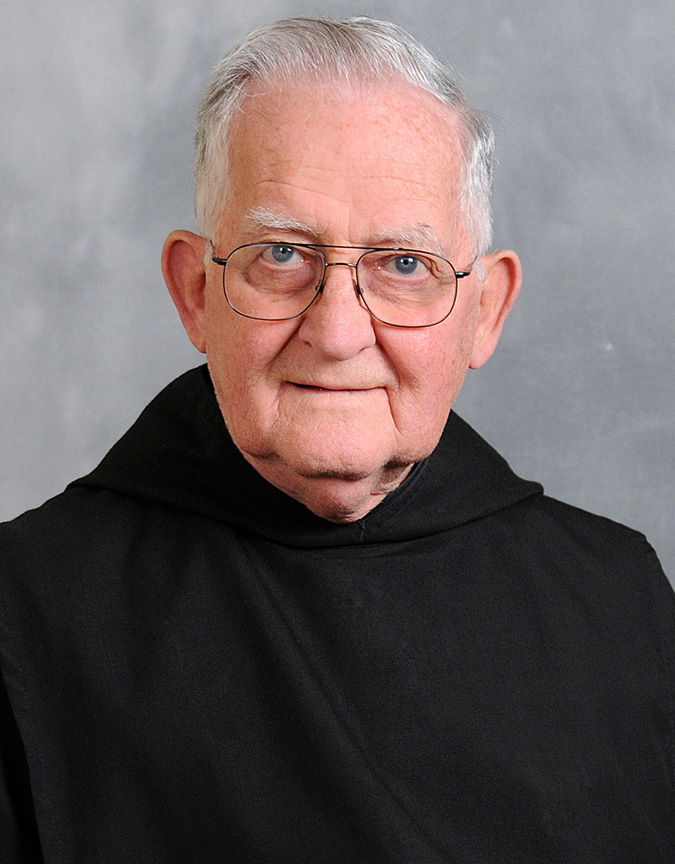 Fr. Augustine Davis, OSB, 90, a monk and priest of Saint Meinrad Archabbey, St. Meinrad, died on Monday, December 21, 2020, at the monastery. He was a jubilarian both of profession and priesthood.

Surviving are two brothers, Joseph of Cedar Rapids, Iowa, and Robert of Rock Falls, Illinois; and a sister, Rose of Omaha, Nebraska.

He was born in Fairfax, Iowa, on September 21, 1930, and given the name Claire Daniel at his baptism. A graduate of St. Patrick’s Catholic High School in Cedar Rapids, he then attended Saint Meinrad College and the School of Theology.

His first assignment after ordination was as assistant director, disciplinarian and professor at Saint Meinrad’s St. Placid Hall. He also taught religion, mathematics, and industrial art courses until the Minor Seminary closed in 1966.

He then was assigned to San Benito Priory and seminary in Huaraz, Peru, where he served as disciplinarian and professor of religion, mathematics, and physics. After the 1970 earthquake, he served as the director of reconstruction and the physical plant.

Returning to Saint Meinrad in 1979, Fr. Augustine served as physical plant director and as the liaison between the monastery and contractors for the construction of a new monastery and library.

In 1986, Fr. Augustine was appointed to South Pittsburgh, TN, where he was the pastor of Our Lady of Lourdes Church and the overseer of a 600-acre beef farm. Ten years later, he was assigned to Priorato San Benito Abad, Morelia, Michoacán, Mexico.

In 1997, he returned to Saint Meinrad, driving the mail/delivery van and directing the Spanish ministry program. In 2005, he was assigned to work in the Office of Physical Facilities.

Fr. Augustine suffered a stroke in 2011; since then, he had resided in the monastery infirmary.