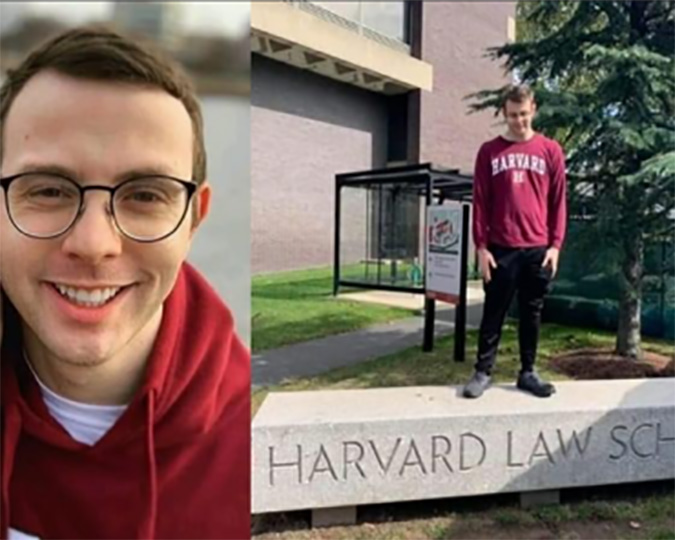 William Joseph McElhaney III, a 2014 graduate of Heritage Hills High School, graduated from Harvard Law School with Honors on May 28.

William is the son of Anna and Philip Fullington of Lincoln City and Bill and Stephanie McElhaney of Navarre, FL. At Heritage Hills, he served as Class President as well as President of BPA.

He graduated from Indiana University in 2017 from the Kelley School of Honors. There, he was President of Kappa Delta Rho and was in the Top 1% of his class.

He was also a member of MARS (Men Against Rape and Sexual Assault) and was recognized by Millika Dutt of the UN as part of the breakthrough movement.

William is engaged to Madeline Neu. He has obtained a position with Mayer Brown in Chicago in the litigation practice.