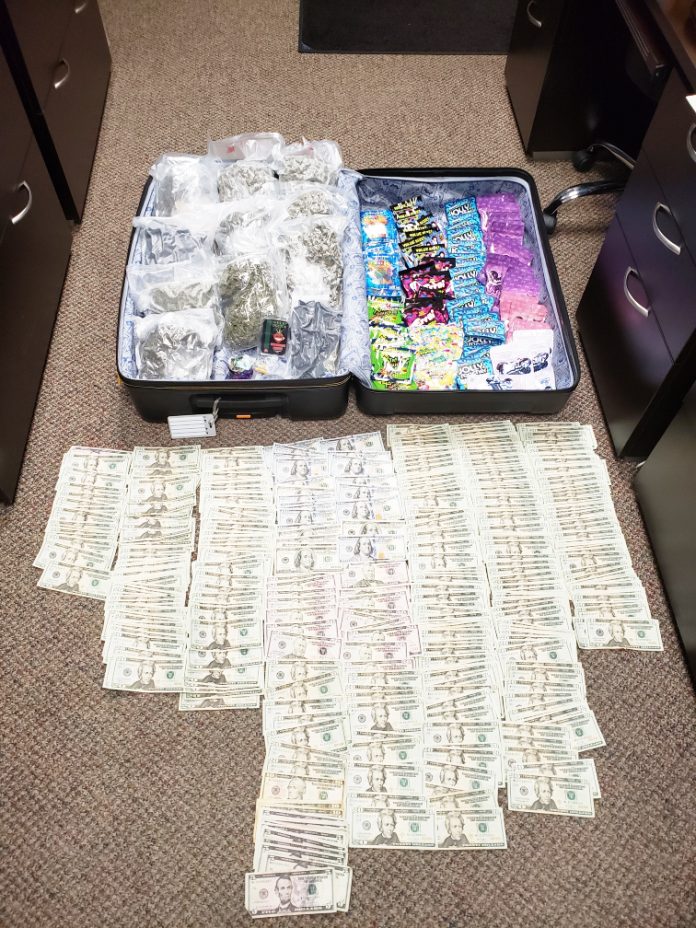 On Monday, April 19, Deputy Michael Ricer was patrolling rural Spencer County roads when he observed a white passenger car traveling at a high rate of speed on CR 200 N near CR 450 W just outside of Rockport.

Deputy Ricer stopped the vehicle at around 2:27 p.m. and noted the male driver, 30-year-old Steven T. Perry of Owensboro, KY, appeared nervous and had trouble locating his driver’s license. There was also an odor of marijuana emitting from the vehicle. During his investigation, Deputy Ricer found there was an active arrest warrant through Perry County for the driver, who was placed into custody.

Deputies Ryan Parsley and Justin Naylor arrived to assist, and a search of the vehicle was conducted. During the search, Deputies located approximately 11 pounds of marijuana, a small baggy of methamphetamines, $11,205 in currency, 93.59 ounces of THC edible gummies and controlled substances.