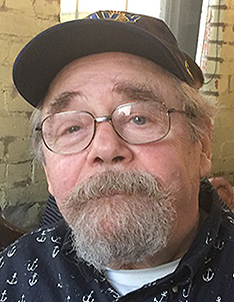 While serving his country Leonard met his future wife, Navy Operating Room Technician, Betty E. Haller of Red Cloud, Nebraska. They were married on July 9, 1966, at Sacred Heart Church in her hometown and were blessed with four daughters and a son.

He spent the majority of his Navy service stationed on the east coast, mainly in Virginia and North Carolina. When assigned shore duty he worked in the hospital as a lab technician. Leonard also served multiple sea duty tours, not the least of which were his tours on the USS America CV-66 and the USS Independence CV-62 where he was a corpsman/medic (lovingly known by his co-workers as Papa Smurf).

After retiring from the Navy in 1984 he moved the family to Red Cloud, NE before returning to his hometown of Saint Meinrad in 1997. Leonard enjoyed singing in the Saint Meinrad Church choir with his wife and was a member of American Legion Post No. 366.

Leonard’s hobbies were many and varied but among his favorites were word search puzzles, collecting coins, reading Clive Cussler adventures, WWII history, watching soccer and movies, and tinkering with his ever-growing collection of gadgets. It was a rare thing indeed to ever find him without his many pens, gadgets and tools.

Preceding him in death were his parents; his wife of 38 years, Betty Borho; one sister, Mary Jane Petik; one daughter, Rose Marie Temple; and his son, Franze Joseph Borho, who died shortly after birth.

Visitation will be Monday, November 29, from 9-10 a.m. CST at St. Meinrad Catholic Church. A Mass of Christian burial will immediately follow at 10 a.m. CST with burial to follow in the church cemetery with military rites.

Memorial contributions may be made to St. Meinrad Catholic Church or the Wounded Warriors Project.

Condolences may be left at www.huberfuneralhome.net.