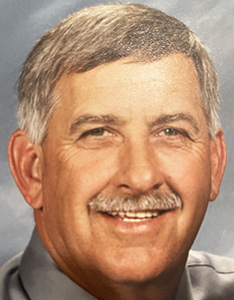 Leroy O. Fischer, 75, of Saint Meinrad, passed away Thursday, June 30, 2022, at Wellington Parc in Owensboro, Kentucky. Leroy was born February 18, 1947 in Saint Meinrad to Oscar and Clara (Waninger) Fischer. He was united in marriage with Deborah Kendall on December 26, 1970, in Saint Meinrad Catholic Church.

Leroy was preceded in death by his parents, Oscar and Clara Fischer, and two sisters, Norma Heeke and Lillian “Bebsy” Schwoeppe.

A mass of Christian burial will be held at 10 a.m. CDT on Thursday July 7, in Saint Meinrad Church. Burial with military graveside rites will follow in the church cemetery.

Visitation will be from 3 until 7 p.m. CDT on Wednesday, July 6, at Becher Funeral Home in Ferdinand, and on Thursday from 9 until 10 a.m. CDT at the church.

In lieu of flowers memorial contributions may be made to the Heritage Hill Quarterback Club or a favorite charity. Online condolences may be shared at www.becherfuneralhome.com.