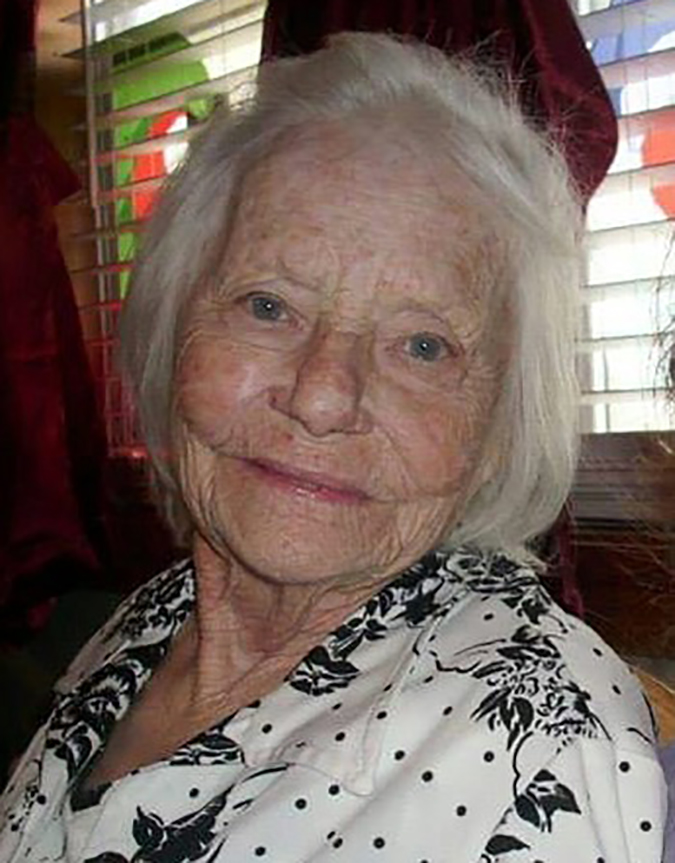 Marie Cooper, 97, of Washington, passed away on January 5, 2021, surrounded by her family.

Marie had enjoyed embroidery, quilting, doing puzzles and dancing. She had been a volunteer at RSVP, where she made bears for children. For many years, canning with her sisters was a favorite activity. Most importantly, she liked to be with her family, and liked going to family reunions.

Her memberships included Dale American Legion Auxiliary and Jasper VFW Auxiliary. Her time at the Washington Assembly of God was important to her.

Marie learned how to work hard by growing up helping her family pick cotton in Arkansas. She was the first women to work at Dale Wood, a furniture factory in Dale. Her other jobs included working as a cook on a river barge, traveling on the Ohio and Mississippi Rivers, working in housekeeping, being a cook at the Golden Nursing Home in Dale, and working in furniture factories.

Born October 8, 1923 in Indianapolis, she was the daughter of Louie and Cora (Taylor) Godbold. Her parents; her husband, Hilbert Cooper; her brothers, Albert and James Louie Godbold; her sisters, Angela Newell, and Ella Godbold; her grandsons, Derek Cooper and Joshua Wernie; and one male and one female child preceded her in death.

Friends may visit with Marie’s family from 9 – 11 a.m. EST at the Washington Assembly of God on Wednesday, January 20. Her funeral will begin at 11 at the church. A graveside service will follow at 12:30 EST in the Dale Cemetery in Dale. Goodwin-Sievers Funeral Home is assisting with the arrangements.

Condolences may be sent to the family through goodwinsieversfh.com.