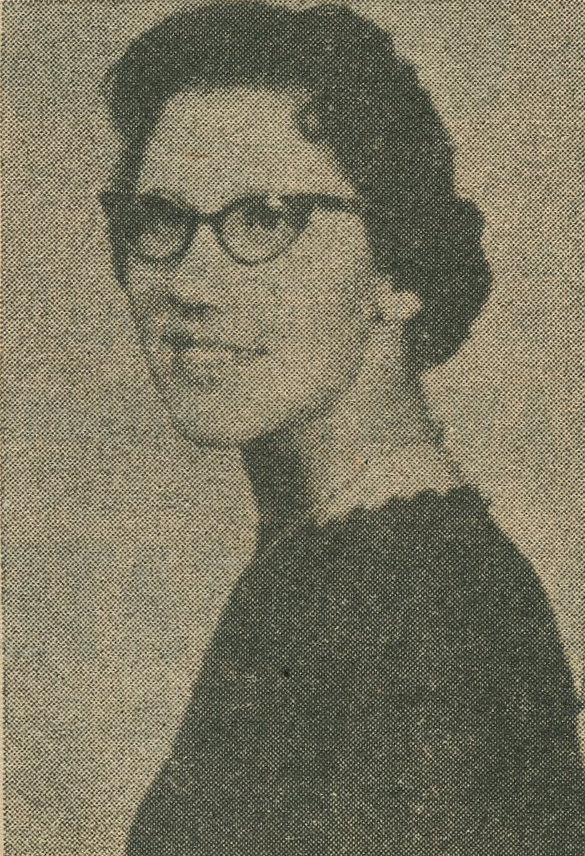 Miss Susan Kay Roel is the winner of Dale High School in the 1962 Betty Crocker Search for the American Homemaker of Tomorrow. She achieved the highest score in the examination of homemaking knowledge and attitudes taken by senior girls December 5. She becomes eligible now along with winners in other state high schools, for the title of State Homemaker of Tomorrow.

The girl named State Homemaker of Tomorrow is provided a $1,500 scholarship by General Mills, sponsor of the program. The state runner-up will receive a $500 scholarship.

The national winner will have her scholarship raised to $5,000 with second, third and fourth place winners being granted scholarships of $4,000, $3,000, and $2,000 respectively.

The Knowledge and attidtude test, prepared and scored by Science Research Associates, Chicago, is the basis for selection of local and state winners with personal observation and interviews serving factors in national judging.

The 1962 Betty Crocker Search reached another all-time high in enrollment with 406,132 girls in 12,874 schools participating. The program now is in it’s eighth year. By the end of this year more than two and a half million girls will have participated and scholarships will have totaled more than three quarters of a million dollars.

Miss Roell is the daughter of Mr. and Mrs. Willard Roell of Dale. She has been active in band choir and F.H.A, 4 years; Junior class play, Student Council, Annual staff and is secretary of recently won the Spencer County D.A.R Good Citizen Award.

She is church organist at the Santa Class Methodist Church and an officer of the local and sub-districts M.Y.F.