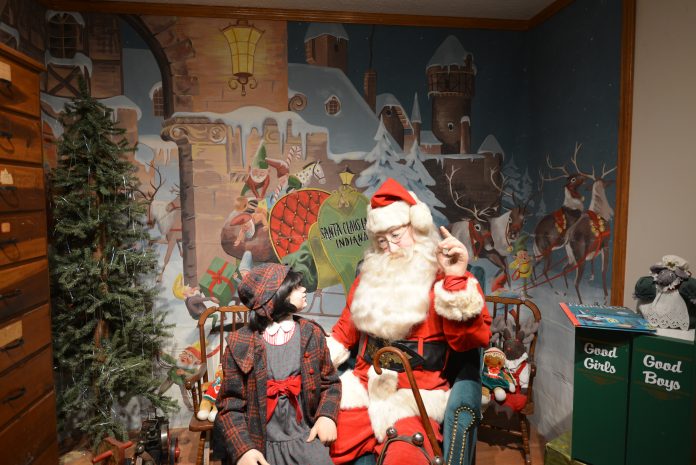 Santa Claus (the man, the legend, the icon), has had a summer home in Santa Claus, Indiana, (the town, the hamlet, the village), ever since — well, ever since there was a town named Santa Claus (founded in 1849). When the thermometer rises above 75º — the humidity with it — Ol’ Santa hangs out at Holiday World in his namesake town, although never has it been reported he dips his toes in the water at Splashin’ Safari.

He also spends a goodly amount of time — even in fall and winter — at the Santa Claus Village & Museum, located on SR 245, where the town’s first Post Office and 1880 Deutsch Evangelische St. Paul’s Kirche (church for you non- German speakers) are located, along with a museum filled to the rafters with all things Santa Claus and a 22-foot tall statue of that right jolly old elf himself, dedicated December 25, 1935.

But there is one thing dear Santa never had at his southern Indiana hangout — sort of like the Scarecrow with no brain or Lion with no courage — Santa Claus never had his very own office!

That is until now.

You can read the full story in this week’s edition of the Spencer County Leader!