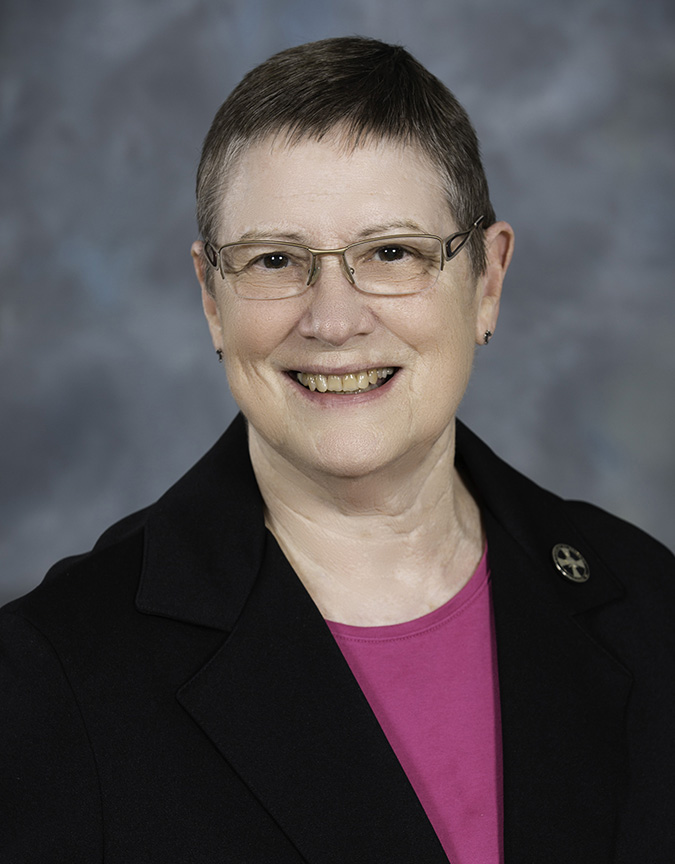 Sister Cathy Ann Robinson 72, of Monastery Immaculate Conception in Ferdinand, died on Wednesday, September 2, 2020, at the monastery in Ferdinand.

Sister Cathy Ann was born on December 28, 1947, in Indianapolis. She was one of six children of John and Rosemary (Schwert) Robinson. She entered the Sisters of St. Benedict of Ferdinand in 1997 and made her profession of monastic vows in 1999.

She is survived by her brothers, Stephen and wife Barbara (Simpson), Richard and wife Carol Ann (Wyler), and Mark; sister Mary Jane Arnett and husband James; and nieces and nephews.

Preceding her in death were her parents, John and Rosemary (Schwert) Robinson, and sister Sandra Robinson.

Sister Cathy Ann attended Indiana University in Indianapolis, receiving her bachelor’s and master’s degrees in nursing. She also received a master’s in pastoral studies from Loyola University in New Orleans, Louisiana. Sister Cathy Ann worked as a pastoral associate for St. Simon Parish in Washington, and St. Meinrad Parish in St. Meinrad. She also worked as a nurse in Hildegard Health Center and Community Health at the monastery in Ferdinand, and as a hospice nurse for St. Vincent’s Hospice in Indianapolis.

Becher Funeral Home in Ferdinand will oversee the arrangements.

Memorial contributions may be made to the Sisters of St. Benedict of Ferdinand.