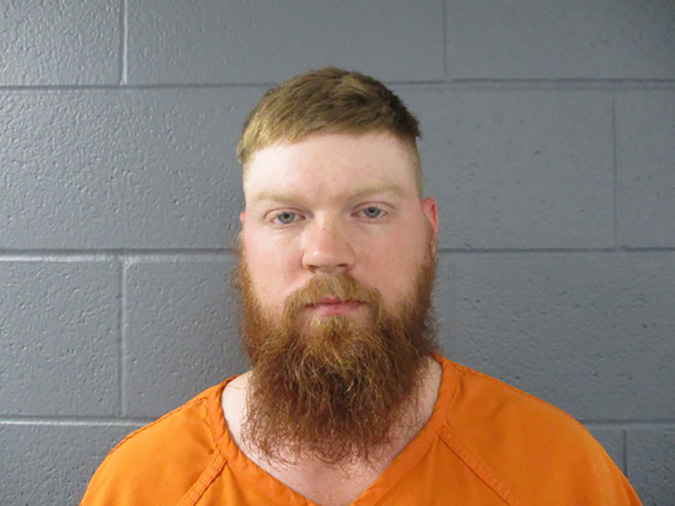 On Wednesday, July 15, members of Indiana State Police Detective squads from the Jasper Post, Internet Crimes Against Children Unit, Cyber Crimes Unit, Indiana State Police All Crimes Policing Squad, and Spencer Co. Sheriff’s Office executed a search warrant at a residence on Highland Road in regards to a child pornography case. ISP Detective Jacobs had initiated a child pornography case and had teamed up with Spencer County Sheriff Deputy Zach Polster, who was working a child solicitation case at the same address on the same subject.

Spencer County Sheriff’s Department had obtained a warrant for the suspect, Dalton Scott Clark, 23, of Grandview. Clark was not present at the residence at the time of the search warrant. Clark was subsequently arrested at his place of employment and transported to Spencer County Jail where he was incarcerated.

Following the search and preliminary examination of items at the scene, the subject is additionally being charged with possession of child pornography with possible additional charges pending further investigation of information learned during the forensic exams.

Clark is charged with Child Solicitation, Sexual Misconduct with a Minor and Contributing to the Delinquency of a Minor.

Further charges will be forwarded to the Spencer County Prosecutors office.

Note: All suspects are presumed innocent until proven guilty in a court of law.