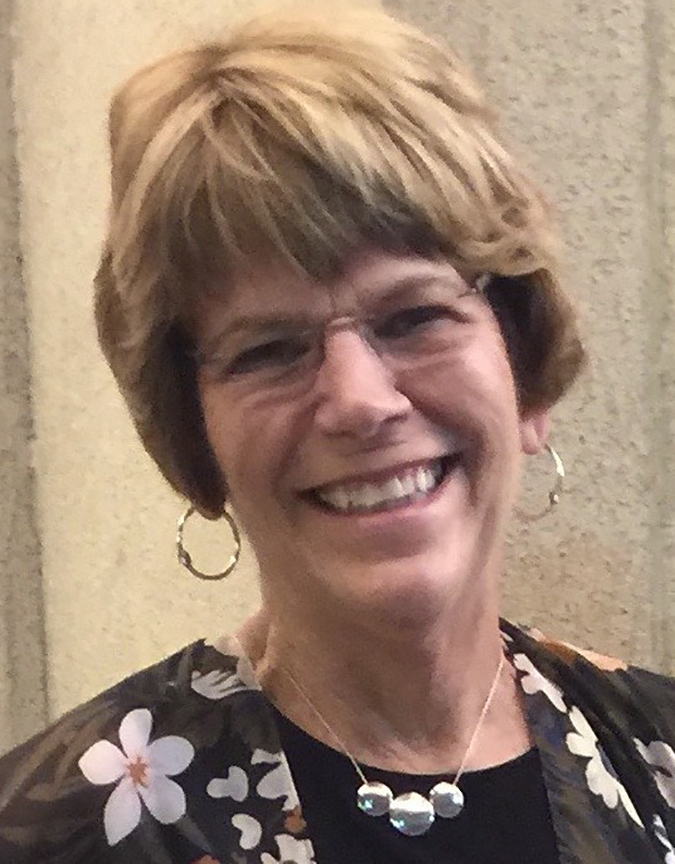 Vicki was born August 3, 1945, at the Naval Academy Hospital in Annapolis, MD, one of seven children of Robert Carl and Grace Marshall Brown of Dale. She is a graduate of Dale High School and earned her bachelor’s degree at Murray State University and her master’s degree from University of Evansville. She married Tom Winkler, of Dale, on September 3, 1966. In 1972, the couple moved into their new home in Christmas Lake Village where they raised four children and have lived ever since.

Vicki started teaching at Dale High School in 1967 and served as the school librarian there until 1972 when her first child was born. She reentered teaching in 1986 when she became the librarian at Heritage Hills High School in Lincoln City. She was a leader in the creation of an innovative reading program that became a model for other schools in the state and nationally. She was passionate in her quest to establish classroom libraries, facilitate visits from well-known authors, and initiate a teacher book club. Because of Vicki’s commitment, expertise, and ability to build strong relationships with her students and colleagues, the media center became a vibrant hub of the school. Over the years she helped thousands of students develop a love for reading.

She retired from Heritage Hills in 2005 to become caregiver for her parents but continued working as a community volunteer, serving as a board member of the Lincoln Heritage Public Library for 16 years—several years as its president. She was among the catalysts for the new library that was built in Dale during her time on the board. She was a founding member and chairman of the board of the North Spencer School Corporation Library Endowment Fund. Vicki has served on the North Spencer Community Action Center and the Santa Claus Museum board. She helped develop the Lincoln Boyhood library and has been involved in Friends of Lincoln Park, volunteering at the amphitheater, and various events. She was also an active member of Dale Presbyterian Church, where she has served 15 years as the president of Presbyterian Women and was a youth leader, elder, and Sunday School teacher. She was a member of two local book clubs—the Magnolias and the Novellas. She enjoyed bridge club, golfing, and working in her flower gardens.

Vicki and Tom were avid travelers. They made many trips abroad—most associated with Tom’s work at J. Winkler & Sons Inc.— and they have taken their family to Colorado for either hiking or skiing every year since 1975. The couple loved participating in adventures with several of Vicki’s siblings that included hiking the Grand Canyon rim to rim, sleeping in yurts in Yellowstone Park in winter, and a six-day sea kayaking trip off the shores of Vancouver Island. They also treasured any time spent at their beloved condo in Sarasota, Florida.

After being diagnosed with Stage IV pancreatic cancer in April 2016, Vicki quickly became a beloved patient of every doctor, nurse, and employee she met. She often supported patients new to treatment by sharing her own experiences and providing them hope. She participated in three clinical trials and various studies which will be beneficial for future pancreatic cancer patients.  Vicki’s PurpleStride team, Victory for Victoria, has participated in the walk to end pancreatic cancer in Indianapolis for the past four years. Vicki took great pride in her team which has raised over $45,000. Her fellow teammates will be participating in the June 20, 2020 event in her memory.

Vicki’s greatest joy was being a Nana to her nine grandchildren. She was so proud of her children and their families and could think of nothing better than spending time with them. Her connection with her devoted husband Tom goes back to elementary school, and they began dating in high school. Vicki will always be remembered for her infectious smile and her fighting spirit. Her courageous battle over the past four years has inspired hundreds of people to deepen their faith.

Friends may call for visitation on Monday, March 16, from 2:30-7p.m. at Dale United Methodist Church.

A Celebration of Life will be held on Tuesday, March 17, at 10 a.m. at Dale United Methodist Church with a brief visitation before the service from 9:00-9:45 a.m.

Donations may be made to the Dale Presbyterian Church (PO Box 426, 6 North Main, Dale, IN  47523) or to Vicki’s 2020 Indianapolis PurpleStride Team (http://support.pancan.org/goto/VictoryVictoria2020; paper donation forms will be available at the service).