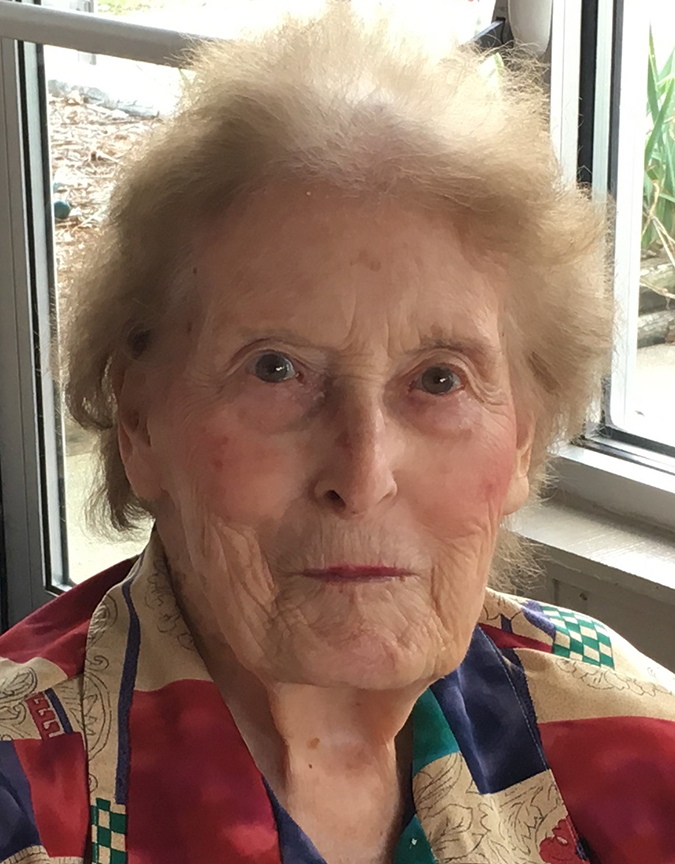 She was born October 17, 1926 in Los Angeles, California, to Al and Norma Arbogast.

She graduated first in her class from Van Nuys High School where she was involved in drama and cheerleading. On her first day at Pomona College she met the love of her life, James Ryan. They married in 1950 when Jim graduated from USC Medical School. They were married 52 years and raised two daughters, Maureen and Loretta. Adele taught elementary school in southern California for over 30 years. In retirement she enjoyed watercolor painting, horseback riding and time with family.

In 2017 she moved to Indiana to be closer to her younger daughter and her grandchildren and great-grandchildren. She is survived by Maureen and Joe Morton of Mesa, AZ, Loretta and Larry Ball of Santa Claus, Erin and Tony Marchand and their children Leah, James and Patrick of Dale, Katie and Heidi Whitman and their son Ryan of Memphis, TN.

Services in California will be held at a later date.