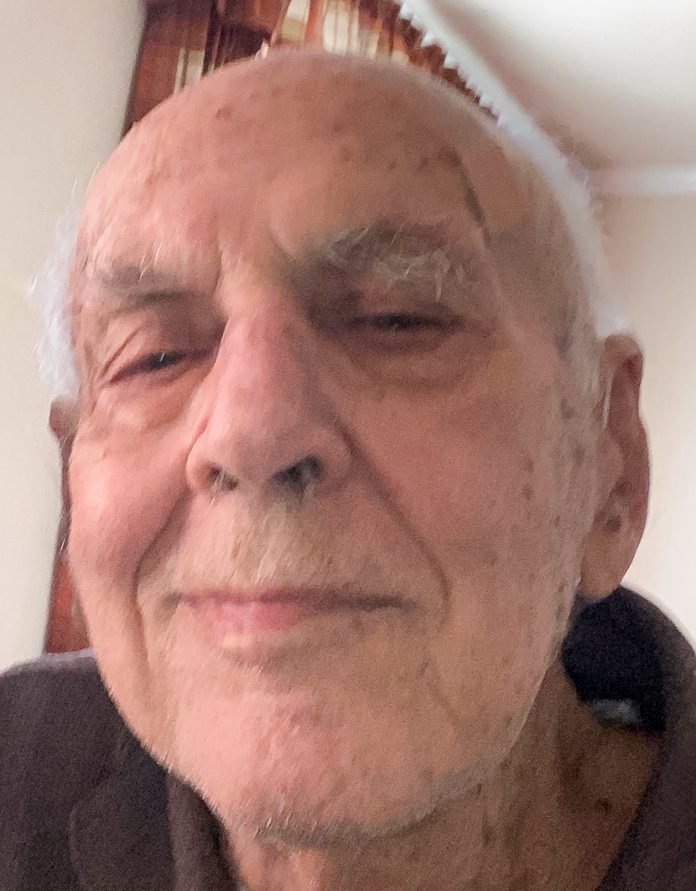 Earl David Cooper (Dave), 90, passed away in Hudson Creel Alzheimer Care Center on Wednesday, November 29, 2021. He had a long and happy life and left his family with a multitude of enjoyable work and memories. He will be solemnly missed by his children.

Dave was born October 17, 1931, in Gentryville, where his mother grew up. His parents were Albert and Zena Belle (Farley) Cooper. In 1936 the family moved to Dale, where his father had grown up. He grew up in Dale, along with his brothers Jim (1928), Bill (1938), and his sister Bonnie (1936). Dave was the last survivor of that family. Bill’s children, Tony, Marty and Janet live near Dale and Beth is in Arlington, TX.

He graduated from Dale High School in 1949 and joined the Navy where he was trained as a weatherman and helped develop a system to follow storms by the seismic disturbance under them. He was discharged in 1953 in Corpus Christi, TX, where he had met Lottie, the daughter of Lewis and Flora Mae Fulbright) Pockrus. Lottie and Dave attended Del Mar Jr. College in Corpus and were married August 28, 1954. They both attended Texas A&I College in Kingsville, TX, from which he graduated in 1957 with a BS in Petroleum and Natural Gas. A son, James Earl, was born in 1956. Dave went to work for Phillips Petroleum Co., out of college, and the family moved to Odessa, TX where Mark (1958), Tim (1959) and Sherri (1961) were born. After four years of working with gas and gasoline, he moved his family to Idaho Falls, ID, where he worked on a process to convert the liquid waste from nuclear fuel reprocessing to a safer solid. When Phillips dropped out of that work he moved his family to Bartlesville, OK, and started to work in R&D on PVC, K-resin, polydiene, polyisoprene, and VII. He moved the family to Borger, TX, in 1970 where the VII process, he had developed, was being put to use in the Phillips Rubber Plant. He worked as Process Engineer for most of the processes in the plant and was made a Process Engineering Supervisor in 1976. In 1980 he transferred to Licensing in Bartlesville, OK, and was a Technical Representative for most of the areas he had worked in. He retired from Phillips in 1986 but worked three years with a Phillips licensee in Taiwan.

Dave and Lottie continued to live in Bartlesville after retirement and enjoyed travel all over the USA. In 2006 they moved to Buffalo, TX, to be closer to their families. Lottie passed away shortly after the move in 2007, after 53 years of marriage.

Jim died in 2005 but his widow, Diane Hartman Cooper, and their son, Brian, with his wife Jessica, and daughters, Annalese and Madelyn, live in the Sugarland, TX area. Their daughter Kristin lives in Houston. Mark and Annette (McDaniel) , with son Alan, daughter Leanne and husband Josh Faldyn, live in LaGrange, TX . Daughter Adrien and husband John Beggerly live in Burleson with children Abbie Mae, Daisy Fae, and Julianna Raye. Son Lewis and wife Misty (Anstead) live in San Jose, CA with their son, Miles. Tim and wife Debbie (Carey) live on Lake Livingston, near Coldspring, TX, while their daughters, Sara and husband Kevin Bethscheider, along with son, Zachary, live in Tulsa, OK. Lisa and husband Nathan Miller live in Bartlesville, OK. Sherri and husband, Mark Moore, live in Buffalo, as do their daughter Monica, with husband David Arabie, and their children, Nicollette, Evangeline, Genevieve, John Paul, James, Viviennne and Alexandria. Sherri and Mark’s son Caleb, with wife Laura (Cloutier), live in Round Rock, Tx with children Jack and Leighton.

Dave continued to live in Buffalo, after the loss of Lottie. There he met Wanda Cooper, the widow of L Roy Cooper. Wanda and Dave were married June 5, 2010. Wanda’s family comprises of daughter Rita and son Jesse and wife Diane (Cardinaletti). Wanda and Dave enjoyed seeing their joint family grow until June 13, 2019, when Wanda passed away.

Dave’s ashes will rest with those of Lottie in the Bartlesville Cemetery. A memorial service will be held at First Baptist Church in Buffalo, Texas, Saturday, December 4, at 1 p.m.

In lieu of flowers, memorial donations may be made to Texas Alzheimer’s Organization, 7000 North MoPac Expressway, Ste. 200, Austin, Texas 78731.