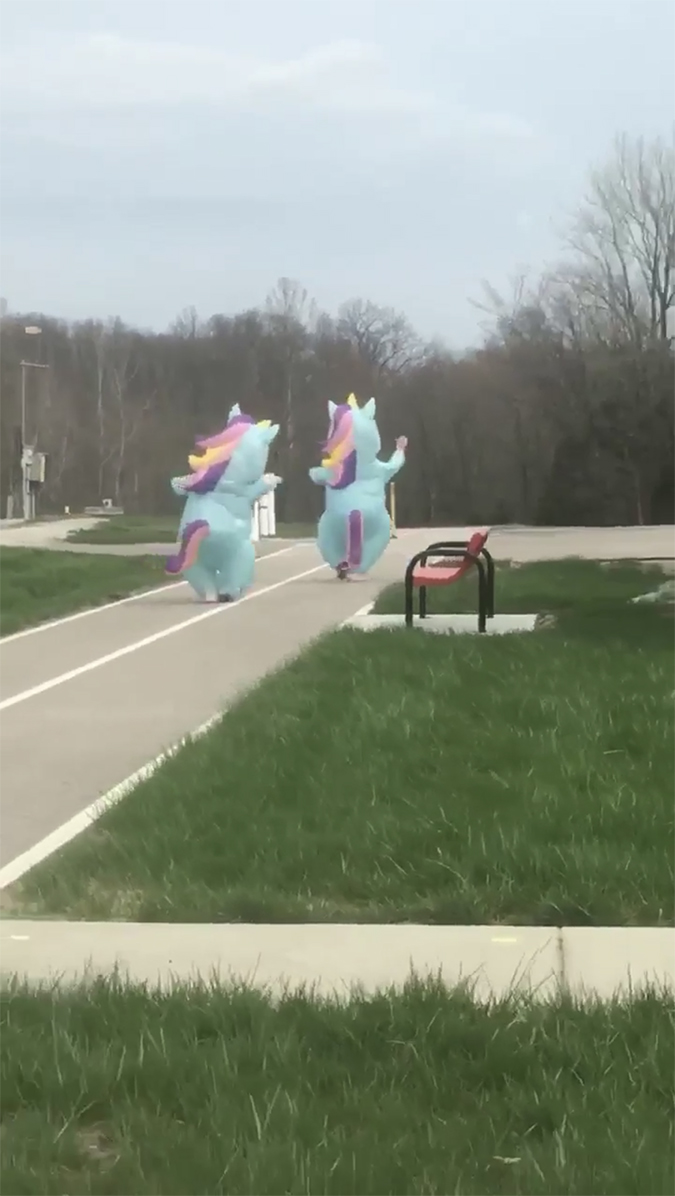 Paige Priest and her mother, Amy Priest, both of Santa Claus took a drive to get out of the house on Saturday, March 28. As they were driving past the Santa Claus Town Hall, Paige recalls doing a double take, wondering if her eyes were deceiving her. Much to her surprise what looked to be two bright blue unicorns with pink, purple and yellow manes were dancing along the new walking trail. Amy also couldn’t believe what she was seeing and asked Paige if she too was seeing this inexplicable sight.

Paige and her mother were left speechless with laughter. Where these colorful dancing unicorns came from is a mystery. What isn’t a mystery is the amount of joy it brought to the Priests during their drive to get their minds off the madness of the world state. There were multiple other sightings of the unicorns this weekend around Spencer County, to which it is safe to conclude most witnesses were delighted to catch a sighting of these silly steeds.

If you would keep up with the mystery as we attempt to make contact with the unicorns and find out just where they came from and why they are here, updates will be posted here on the unicorns along with hints as to where they might be spotted next. So stay tuned!