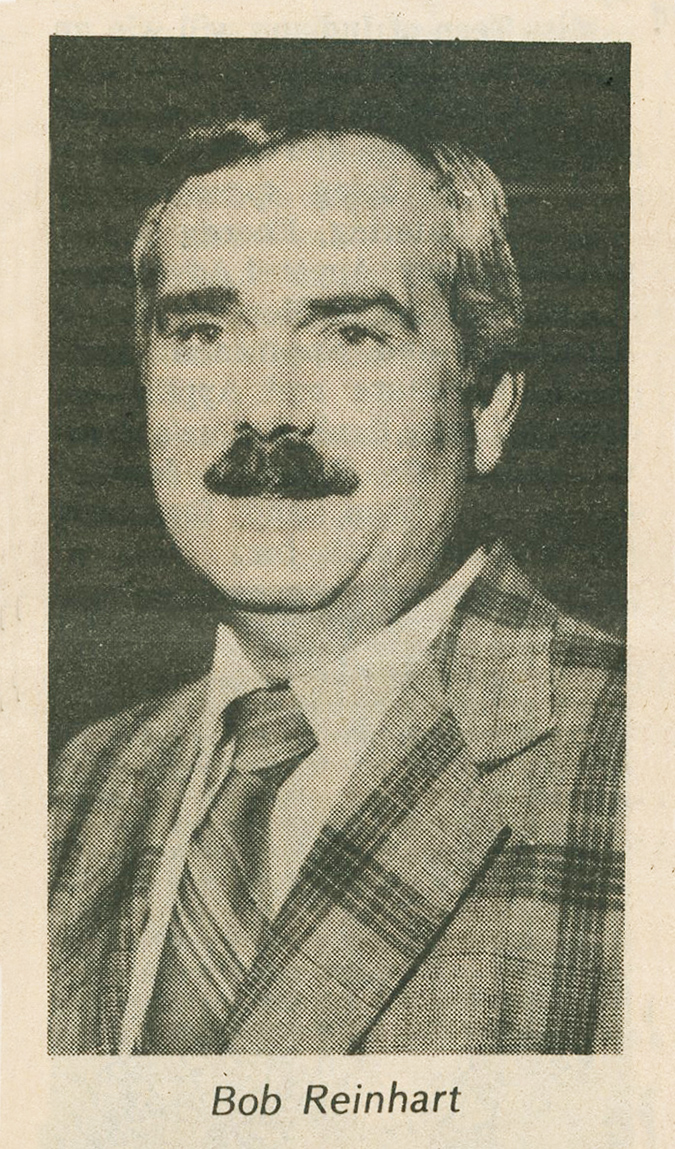 Dale native, Bob Reinhart, 43, with 17 years of experience at Decatur, Ga. High School (14 as head coach), will join the Atlanta Hawks professional basketball team as an assistant. He will be involved in judging college talent. Reinhart will not only leave the head of coaching job, he was also the athletic director and head of the physical education department.

Reinhart will leave a 14-year head coaching record of 305 wins, 63 losses, three state titles, reached the state tournament 12 times, placing second in two others. In the last two seasons, his team won 57 straight game, going 27-0 and 30-1 before losing in the state quarterfinals in March.

Coach Reinhart said that “every coach wants to work at the pinnacle of his profession…I might not have gotten the opportunity again.” He continued that “the thought of leaving Decatur after spending 18 years of your life here is really a mixed feeling, a lot of good things have happened to me here,” Reinhart said. “But I felt I had to make a decision career-wise, and if I didn’t make it now the chances of ever making it would be slim. I knew inside that I needed a personal change.”

While making his decision to join the Atlanta Hawks, he was also wrestling with a decision to take over as head basketball coach at Georgia State University, and had a meeting scheduled with the athletic committee of Georgia State. “It’s a matter of timing,” Reinhart said.

As a member of the Atlanta Hawks coaching staff, Reinhart will combine on-the-floor coaching and scouting at both the college and pro level. College Scouting will be his primary responsibility. Head coach Mike Fratello said that some people will say “Where do you get off bringing in a high school coach?” He continued that if you know Reinhart, you know that he is a dedicated man with enormous talents in basketball. The position he will fill in for Hawks involves judging college talent. If you can judge talent, you can do it at any level.

Principal of Decatur High School, J.R. Pennington, said that they were fortunate to have had Reinhart as long as they did. “I hate to see him go, but when you have good people you run the risk of losing them… I’m excited for Bob,” he said.

There have been many trips up and down the hardwood since the team of Kaiser and Reinhart tore through the high school ranks in this area back in 1956-57. Their electricity continues. As a player, Reinhart made things happen. As a coach, he refined that talent.