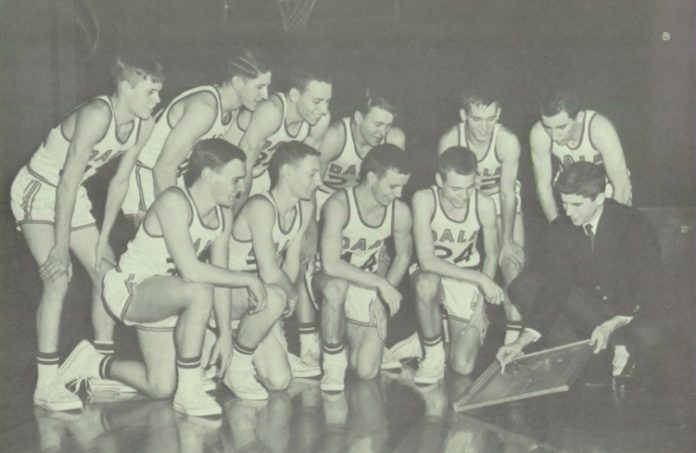 Dale’s Golden Aces will open their 1963-64 basketball season tonight at Oakland City against the Acrons.

The Dale-Oakland City game has in the last few years, become a rival game, since ex-Ace star Rob Reinhart is coach at Oakland City. Most fans can well remember the rowdy finish to last year’s game that dale was 42-37. Oakland City opened their season last Friday night when they were defeated by Mackey by a score of 65-61.

Coach Harris believes that Dale should be able to play a stronger game defensively than last year and to shoot considerably better. Although the height disadvantage will present a problem, team speed should be excellent since all the boys were track men last spring on the County Championship team.

The game will be the first PAC game of the current season for both teams. Dale ended up second in the conference race last year.

Tuesday night here at Dale the Aces will try to avenge their loss to Lynville.

As an outlook for the season, the Aces are expected to be much stronger than last year.