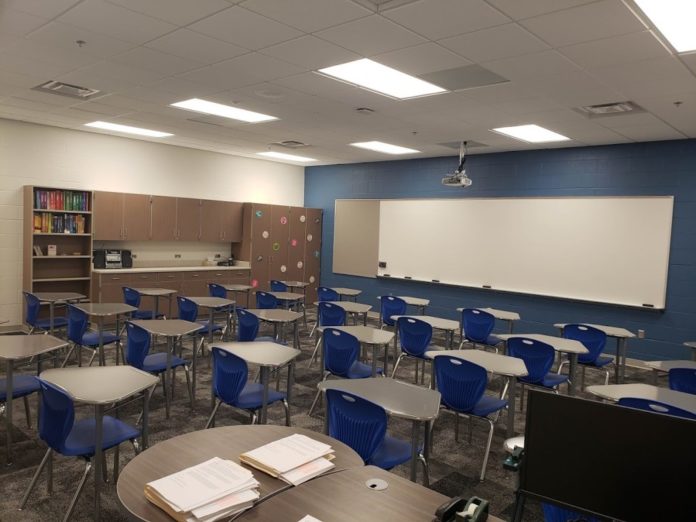 Spencer County Online continues a new series. All 11 county schools will be featured on a rotating basis. Our hope is to share a positive event or person, honing in on the great things happening in education, especially because education is a powerful and sometimes controversial topic in today’s society. Some of the schools do not always receive a lot of media coverage and this is a chance to shine a light and show off the great things going on within their walls. Spencer County Online would like to give you a virtual tour through the doors of Spencer County schools to see what your kids are up to and what they are learning. We really hope you enjoy this series, so with that, let the third highlight begin!

First, if you have not read out other highlights but you would like to here is the link for those: https://spencercountyonline.com/category/highlight-series/

South Spencer High School has changed a lot within the past year. For alumni who attended South Spencer, this building does not look like it did when you attended. This last year and through the summer of 2019, South Spencer under went some massive reconstruction. (above). Of that long list of renovations and upgrades was the auditorium. In light of their musical production Wizard of Oz’s debut tonight, South Spencer would like to highlight all the improvements in their auditorium.

Renovations to the Auditorium include new curtains, LED light fixtures, new sound system, projector, wall that separates the auditorium from the commons area, and the list goes on. There are still things they hope to fix, and replace including seating, but those will come with time.

This past year South Spencer hired Steve Scherohman (above) as the choir director, but he saw a need for their theatre program and he eagerly took on the responsibility. This year South Spencer will perform  The Wizard of Oz. The March 13th show will be at 7 p.m. Tickets are $8 for students $10 for general admission and premium seats are $12. Shows for the 14th and 15th have been postponed until April 10th and 11th. For those who currently have tickets for the 14th and 15th, they can be used for the later dates.

Many have found themselves watching a musical production of some kind in their life, be that high school, professional, community theatre, etc., but, many don’t actually know what goes into putting on a production. It’s much more than just a group of kids playing dress-up and memorizing a couple hundred lines, which just those two things are a feat of their own. Along with the main character cast, there are chorus members, stage crew, set builders, ticket takers, ushers, hair and make-up helpers, those who run the sound and tech, choreographers, the list goes on forever. There is the physical aspect of a production but then there’s the time and effort that goes into putting together something like this. It requires many hours of prepping, funding to rent the rights to put on the musical, hours upon hours of set building and painting, casting, practices, meals for long practices, training for those who are running certain equipment, the list goes on.

Starting from the beginning, Mr. Sherohman was able to get two assistant directors to help him with this production. Not only do they want to put on a great show for their kids and the community, but they want to prepare the students for the real world, and for those who may have an interest in the professional arts. He found his assistant directors a week before auditions were set to take place. A new concept for their theatrical arts was formal auditions, which is where those auditioning had to prepare a monologue and a singing piece. Scherohman didn’t want to just throw the students into something like this, he really wanted to break it down and introduce the process to them, and he felt it was really important to coach them through it and be there every step of the way to prepare them for what a formal audition would be like if they ever find themselves in front of one.

Sherohman talked a lot about parental support and how much they have received. He is so thankful for how involved his students’ parents and those in the community have been in helping put this production together.  Sherohman says, “South Spencer County has the most genuine support I have seen anywhere.” The way the community comes together for things like this is such a great thing to see. “High school students are tutoring the middle school students and helping them keep up on their homework,” Sherohman adds. “As cliche as it sounds, it really does take a village.”

The investment that South Spencer has made in their auditorium is, as Mr. Sherohman explains, an “investment in our young people.” I had the chance to speak with many of the students involved in the production, and it is very apparent their appreciation for the investment is great. Senior Natalie Vaughan who has been cast as Dorothy says that it’s “great to have more attention to the arts.” Vaughan continues, “the arts are really important to me, my dad taught me how to sing and from that I learned how to play the Ukulele, guitar and a little bit of piano.” Sophomore Lola Matthews who plays Scarecrow said that with this investment she hopes that means the arts will grow, and that more people from other groups will join. She talks about how it’s nice to see something other than sports being invested in. Junior Stage crew Braxton Gee says that “its really cool and shows that they care about us.” The arts are an activity where you can “let yourself go and just be yourself,” according to Gee. He also hopes, as did all the students I individually interviewed, that as time goes on more people from other groups and walks of life will want to be a part of things like this.

Authors note: I attended Heritage Hills High School, and was involved in many of the Arts programs there, just being there and seeing all they did in the auditorium, Though I didn’t attend South Spencer, I felt so appreciative. I personally will never use this equipment, but it hits home. I know how much it would have meant to me to be part of this program. When I was in school I remember how happy I was when we would get new equipment, so I just know how ecstatic they must be for theirs. I am so excited for them just knowing how much this will help their programs in the auditorium.

Sherohman says that Principal Bush and Superintendent Dr. Rutherford have a huge heart for the arts and he is so appreciative of their support and efforts towards these programs. While we’re talking about appreciation, so many of the students I interviewed talked about how much they love working with Mr. Sherohman. He really makes them all feel wanted and like they have a place they fit in, and that it’s so obvious he makes an effort to have a genuine connection to each student. They are more than just a number on a class roster. He truly cares about their well being and their growth as a young person. Sherohman said he loves his job, and he couldn’t do any of this without his assistant directors, parents, and students. In fact, he loves his job so much that if his daily hour commute to work was two or three hours it would not change his love for this community. He plans to grow old here. If he were not paid for his job here he said it would make no difference, he would do it for free if he had to. It’s all about “empowering young people, leading growth though relationships, and giving them a place to belong.”.

Sherohman’s goals for the future are to expose his students to the finest top notch productions. He has connections with other production companies and he wants to show them how others put on their productions. He also hopes to increase his involvement in the arts. He already has 73% of the incoming eight graders involved in the arts. He hopes this will break down the stereotypes and stigmas on arts groups and that all walks of life will participate in these types of activities.

Thank you South Spencer High School, for seeing a need to invest in programs like this. It’s schools like yours, superintendent, principal, and teachers like yours, who see a group of students in need of a place to be and express themselves and work to make sure they are heard. It is so important for schools to keep and invest in their arts programs like band, choir, theatre, etc. Just as important as it is to invest in athletes, we need not forget about our performers. So many schools around the country are getting rid of their arts programs. It’s nice to see South Spencer prioritizing and appreciating performing arts students, so thank you for working to meet all your students’ needs. Your efforts will be appreciated for years to come.