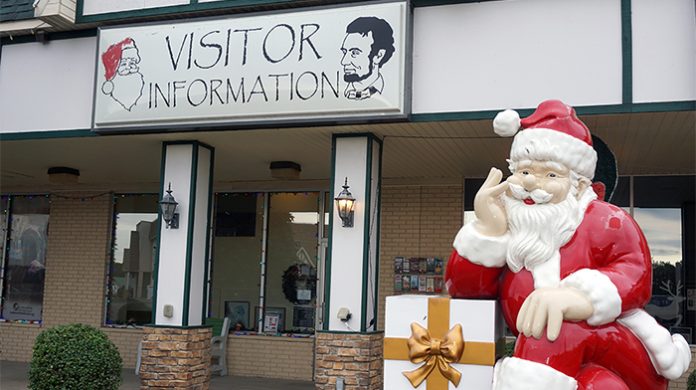 The Spencer County Visitors Bureau recently received results of a commissioned study assessing traveler spending and tourism in the county.

The study was conducted by Rockport Analytics, a market research firm named for Rockport, Pennsylvania, the hometown of Managing Director Kenneth McGill. The data represents a snapshot of Spencer County Tourism in 2019, the last “normal” year before the onset of the pandemic. The bureau plans to purchase data from 2020 and this year as well to better assess the effects of the pandemic and chart the course for the county’s recovery.

According to McGill, one of the key aims of the impact study was to provide an “apples to apples” comparison of tourism as an industry, a not-inconsiderable task given the nature of the sector. Indeed, tourism is often classified more as an activity than a traditional industry. Therefore, one must isolate commercial activity driven both directly and indirectly from visitor spending.

“Tourism is a bit of a nebulous term,” said McGill. “It’s an activity, one that touches a number of industries.”

Tourism spending is technically an export from the local area, as visitors bring money into a community from outside. Based on available data on visitor spending on lodging, food and beverages, shopping, transportation (generally fuel), entertainment and recreation, Rockport Analytics determined that tourism drove around $57.3 million in spending within the county. Businesses that directly served visitors saw added value totaling about $24 million in 2019, an increase of 2.2% over the prior year.

However, the impact study also assessed the amount of that money that “stayed local.” In 2019, about 67 cents of every dollar spent in Spencer County remained at home, while 33 cents “leaked” to supply chains outside Spencer County. Accounting for that, the impact of tourism on Spencer County’s economy totaled about $31 million.

McGill noted it is easier for a diverse economy to capture more visitor spending by attending to more tourist needs via local goods.

“You strive for as much as possible,” he said. “It’s a function of the local economy.”

In terms of employment, the impact study determined 668 jobs in Spencer County are supported by traveler spending in some form or another. This included 574 jobs directly tied to tourism, 56 indirect jobs driven by visitor demand for local goods and a further 38 jobs driven by wages from local employees in the tourism sector. The study notes that every $67,000 spent by tourists in 2019 supported one job.

McGill pointed out the study also demonstrated how the local economy would fare with no visitor spending. For example, the local accommodations and food services industry would have needed only 96 employees to satisfy local demand, instead of the 270 employees reported by the Bureau of Labor Statistics.

In fact, Rockport Analytics found that tourism was the third largest economic sector in Spencer County, at least in terms of employment. Manufacturing was the leading sector, constituting 21.39% of county jobs. Public sector jobs constituted 16.60%. Tourism as a sector was just above construction with 9.54%, though construction notably had a growth rate of 16.1% over 2018 while tourism held comparatively steady.

McGill noted these rankings reflect what the profile of Spencer County employment would look like if all jobs contributed by tourism were classified under “tourism” instead of other sectors. This means that tourism jobs in retail, food services etc. are assigned to tourism under this metric.

About 10% of all people working in Spencer County are supported by visitors in one form or another according to the study.

Another highlight of the Impact Study was the tax revenue generated by county tourism. Approximately $4 million was generated in federal taxes, including personal income, Social Security, etc. About $5.1 million state and local tax revenue was generated in the form of sales, property and other taxes.

The study states that for every dollar spent by visitors to the county in 2019, eight cents went to federal taxes and 11 cents to state and local taxes. State and local revenue from county tourism that year was sufficient to fund 662 public school students. In more pocketbook terms, if tourism was not a factor at home, each of the 19,500 households in Spencer County would have to pay an additional $341 per year in taxes to maintain current levels of state and local government services.

“Some of the parks and recreational opportunities would not be here without it,” said McGill.

The Spencer County Visitors Bureau plans to purchase similar studies from Rockport Analytics for the years 2020 and 2021. While McGill noted 2020 would almost certainly be bleak, Spencer County could see more favorable figures due to its position.

He noted that rural destinations relying more on day trippers tended to fare better on average, at least according to what is currently known. He also believed Spencer County was well positioned for a rebound, which would hopefully play out in the data when it becomes available.