Taking a Stand in Jasper 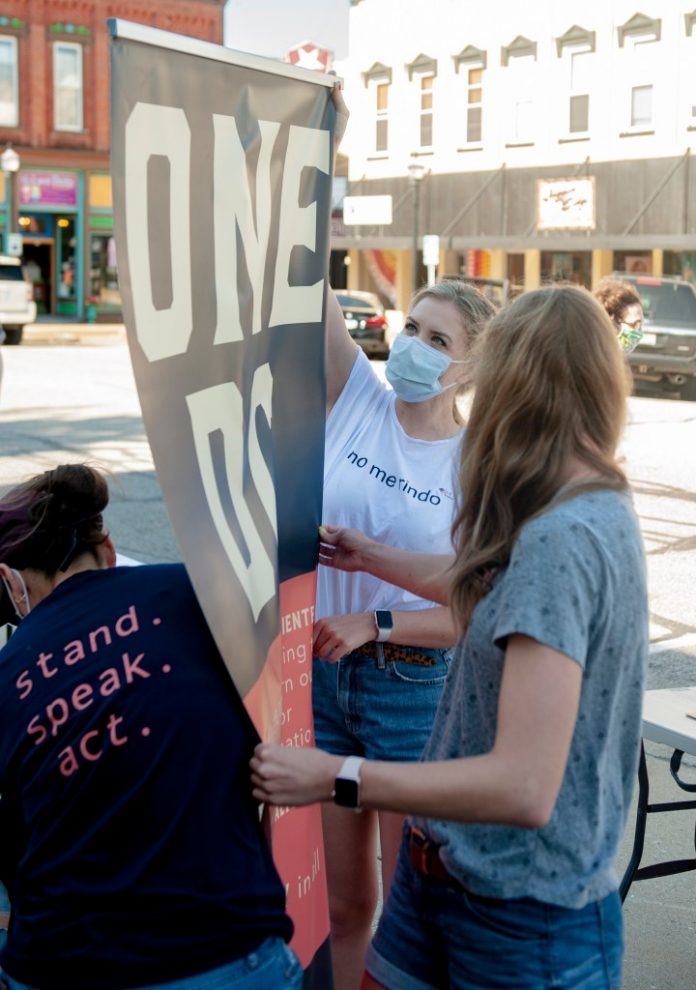 On Saturday, protesters gathered around the Dubois County Courthouse in response to the murder of George Floyd along with many other lives that have been lost at the hands of prejudiced police officers. This gathering was a peaceful stand against racism, and unjust treatment of minorities and people of color. Many held up names all along the square of those whose lives were lost as a way to make sure they aren’t forgotten.

This gathering was put together by a group called One DC. As Haley Sample, daughter of one of the group coordinators says, One DC is “a group who’s intentions are to make sure that peoples voices are heard, and get progress within the community”

Sample says they “really strive for equality, and believe that diversity and inclusion are so important, and they really hope to lead Dubois County in making sure they’re a part of making these big changes.” Sample believes that “every community, no matter how big or small should be doing something like this because, “it’s not just people in the big cities it’s impacting, it’s everywhere.”

Many protesters who were interviewed said this isn’t a political thing, this is a human thing, “we all have a job to stand for those who’s voices aren’t being heard.” The hope for this event is that the country will see that injustice is everywhere and everyone, no matter the color of their skin deserves a fighting chance at a long life.

Ellen, a teacher who attended the protest, said that “I want my students to know I’m practicing what I teach them day in and day out, it would be critical for me to not to come our and show them I love them.” Ellen also said “today was just another one of those footpaths”… to moving along with what Martin Luther King started.

The group hopes policy changes comes from this movement, and hope the selection process for law enforcement becomes more strict to make sure the best of the best represent the community in the eyes of the law. This movement was just one of many around southern Indiana and the nation.

These times are bleak, but if everyone continues to peacefully take a stand maybe justice will prevail over hate.